James Joseph Brown (May 3, 1933 – December 25, 2006) was an American singer, songwriter, dancer, musician, record producer and bandleader. A progenitor of funk music and a major figure of 20th century music and dance, he is often referred to as the “Godfather of Soul” and “Soul Brother No. 1”. In a career that lasted over 50 years, he influenced the development of several music genres.

Brown began his career as a gospel singer in Toccoa, Georgia. He joined a rhythm and blues vocal group, the Gospel Starlighters (which later evolved into the Famous Flames) founded by Bobby Byrd, in which he was the lead singer. First coming to national public attention in the late 1950s as a member of the singing group The Famous Flames with the hit ballads “Please, Please, Please” and “Try Me”, Brown built a reputation as a tireless live performer with the Famous Flames and his backing band, sometimes known as the James Brown Band or the James Brown Orchestra. His success peaked in the 1960s with the live album Live at the Apollo and hit singles such as “Papa’s Got a Brand New Bag”, “I Got You (I Feel Good)” and “It’s a Man’s Man’s Man’s World”.

During the late 1960s, Brown moved from a continuum of blues and gospel-based forms and styles to a profoundly “Africanized” approach to music-making that influenced the development of funk music. By the early 1970s, Brown had fully established the funk sound after the formation of the J.B.s with records such as “Get Up (I Feel Like Being a) Sex Machine” and “The Payback”. He also became noted for songs of social commentary, including the 1968 hit “Say It Loud – I’m Black and I’m Proud”. Brown continued to perform and record until his death from pneumonia in 2006. 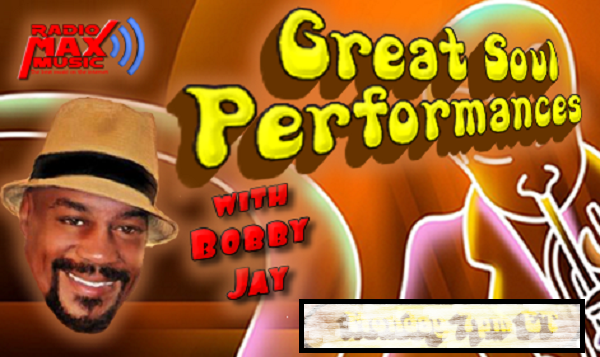 On this eve of Super Bowl LIV Sunday, this evening on “Great Soul Performances” on the playlist will be songs by: David Ruffin, the Temptations, James Brown, the Sandpebbles, Little Stevie Wonder, Carlton Jumel Smith, the O’Jays, Little Willie John, the Coasters, Aretha Franklin, the Four Tops, my group, the Laddins with legendary radio air personality; my co-worker at WWRL, Gerry Bledsoe (Jolly Jerry B), live at the Bottom Line in Greenwich Village New York and many others. It starts at 7PM ET, 6PM CT, 5PM MT & 4PM PT.

It’s all on RadioMaxMusic.Com. Wishing good luck and all the best to the San Francisco 49ers and the Kansas City Chiefs in Miami for Super Bowl LIV. Programming Note: I think most of you have heard that I lost another friend and co-worker this week. Ironically at 101 PM on Tuesday January 28th, we lost “New York’s Morning Mayor” Harry Harrison of WMCA 570 AM, WABC 770 AM and WCBS-FM 101.1. So next Saturday February 8th, I’ll be paying tribute to Harry on “Great Soul Performances.” I hope you’ll tune in. And remember to “Unwrap Each Day Like A Precious Gift.” 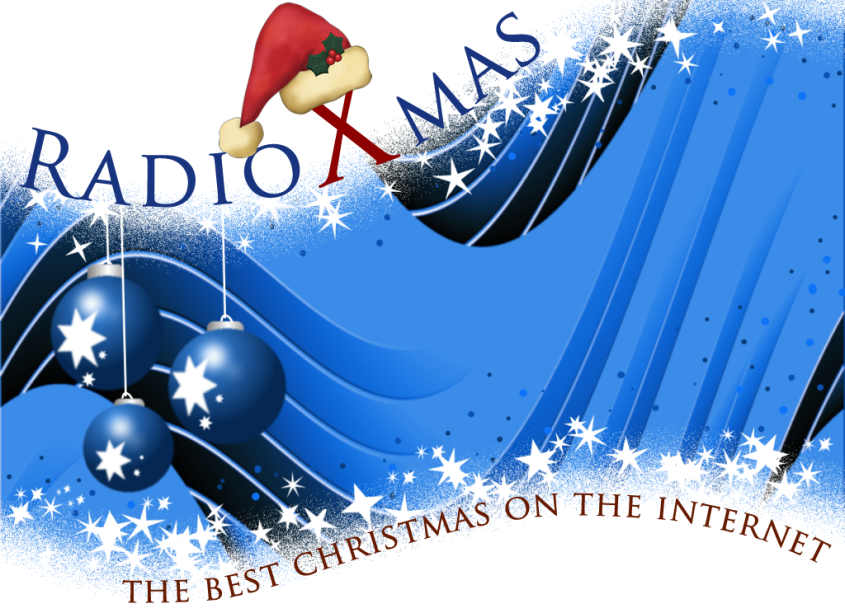 On this last weekend before the holidays, would you believe, winter officially begins at 11:19 tonight, and this morning as we speak, I’m working feverishly with Santa to put together 2 holiday playlists of music to aid you in your last minute holiday shopping and tree trimming activities. You’ll most likely hear on “Great Soul Performances”: Jimmy Castor, Jose Feliciano, the Golden Gate Quartet, Nat “King” Cole, Luther Vandross, Chris Brown, and I think I’m going to be singing myself with the likes of the “Legendary” Teenagers, Joel & the Dymensions (in the guise of Santa’s Doo Wop Helpers) and with Kid Kyle & his Kool Kats, also you’ll hear Eartha Kitt, James Brown, Pearl Bailey, the Salsoul Orchestra and others. It will start at 7PM ET, 6PM CT, 5PM MT & 4PM PT.

And if that weren’t enough, at 9PM ET, 8PM CT, 7PM MT and 6PM PT it will be time for more Holiday music on “Great Soul Performances 2: The 80s” where we’ll present: Gladys Knight & the Pips, the Temptations, Sir Paul McCartney, Bon Jovi, Kurtis Blow, New Edition, Run D.M.C., Gerald Alston, Johnny Maestro & the Brooklyn Bridge, Ray Charles and a lot more. Encore time as always will happen tomorrow Sunday at 5PM ET. It all happens here on RadioMaxMusic.Com. Now, like Emu & Doug, Santa and I have to get back to work. HO! HO! HO!

In this installment of Across The Tracks we feature tunes with “Cold” in the title. 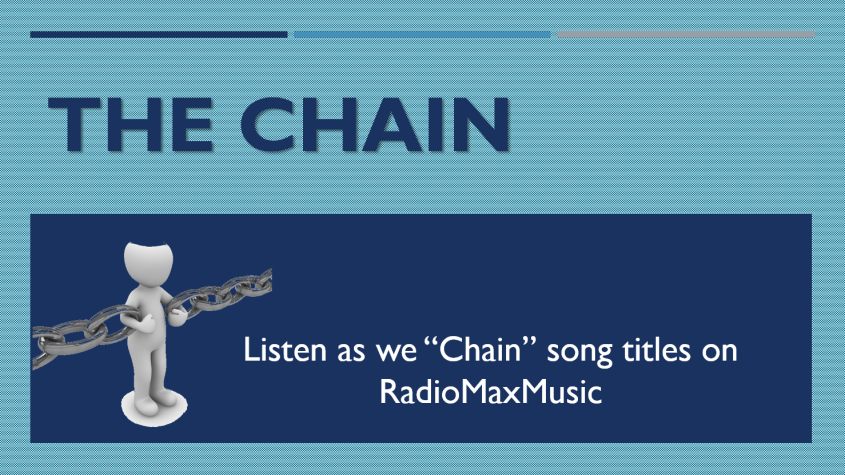 We scoured the library and chained 4 hours of music starting at 6pm on RadioMaxMusic.

This we an extended edition of The Sounds of The 70’s.  This week music from – Minnie Ripperton, David Bowie, Supertramp, Addrisi Brothers, Rod Stewart, Hues Corporation, Bob Dylan, Elton John, Chicago and more . . . 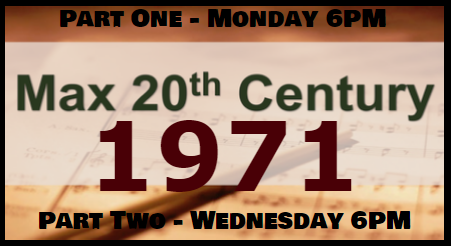 February 1 – After months of feuding in the press, Ginger Baker and Elvin Jones hold a “drum battle” at The Lyceum.
February 3 – Davy Jones announces he is leaving the Monkees.
February 8 – Bob Dylan’s hour-long documentary film, Eat the Document, is premièred at New York’s Academy of Music. The film includes footage from Dylan’s 1966 UK tour.
February 16 – Alan Passaro of the Hells Angels, who was acquitted on January 19 of the stabbing death of Meredith Hunter at the Altamont Speedway in 1969, files a lawsuit against The Rolling Stones for invasion of privacy because the documentary film Gimme Shelter showed the stabbing.
March 1 – The line-up for Queen is completed when bassist John Deacon joins the band.
March 4 – The Rolling Stones open their UK tour in Newcastle upon Tyne, intended as a “farewell” to the UK prior to the band’s relocation to France as “tax exiles”.
March 5 – Ulster Hall, Belfast, Northern Ireland, sees the first live performance of Led Zeppelin’s iconic song “Stairway to Heaven”.
March 6 – The Soul to Soul concert takes place in Accra, Ghana, headlined by Wilson Pickett.
March 12–13 – The Allman Brothers Band records its live album, At Fillmore East.
March 16 – The 13th Grammy Awards, honoring musical accomplishments of 1970, are presented. The ceremonies are broadcast on live television for the first time.
April 3 – The 16th Eurovision Song Contest, held in the Gaiety Theatre, Dublin, is won by Monaco with the song “Un Banc, Un Arbre, Une Rue” sung by Séverine.
April 6 – The Rolling Stones hold a party in Cannes to officially announce their new contract with Atlantic and the launch of Rolling Stones Records.
May 12 – Mick Jagger marries Bianca de Macías in Saint-Tropez, France, in a Roman Catholic ceremony. Paul McCartney, Ringo Starr, and their wives are among the wedding guests.
June – Rafael Kubelík becomes music director of the Metropolitan Opera, New York, at the invitation of Göran Gentele, the new general manager.
June 1 – Elvis Presley’s birthplace, a two-room shack in Tupelo, Mississippi, as opened to the public as a tourist attraction.
June 6 – John Lennon and Yoko Ono join Frank Zappa on stage at the Fillmore East for an encore jam. The performance would be released the following year on the Some Time in New York City album.
June 8 – Carole King gives her first live concert, at Carnegie Hall.
June 20-24 – The first Glastonbury Festival to take place at the summer solstice is held in South West England. Performers include David Bowie, Traffic, Fairport Convention, Quintessence and Hawkwind.
June 27 – Promoter Bill Graham closes the Fillmore East in New York City with a final concert featuring The Allman Brothers Band, The Beach Boys and Mountain.
July 3 – Jim Morrison is found dead in a bath tub in Paris, France, aged 27. Alain Ronay would claim, years later, that he assisted Morrison’s lover, Pamela Courson, in covering up the circumstances.
July 4 – The Fillmore West is closed in San Francisco with a final show featuring Santana, Creedence Clearwater Revival and The Grateful Dead.
July 9 – Grand Funk Railroad becomes only the second band (after The Beatles) to perform a sold-out concert at Shea Stadium breaking The Beatles record of selling out the venue.
August 1
The Concert for Bangladesh at Madison Square Garden, New York, starring George Harrison, Ravi Shankar, Ringo Starr, Bob Dylan and Leon Russell; also featuring Billy Preston, Eric Clapton, Jesse Ed Davis and Badfinger.
The Sonny and Cher Comedy Hour premieres on CBS.
August 14 – The Who release their fifth studio album Who’s Next, reaching No. 1 in the UK and No. 1 in the US.
September 11 – The Jackson 5ive, a Saturday morning cartoon series based on the popular Motown group The Jackson 5, premieres on ABC.
September 11-12 – The Avandaro rock festival takes place in Valle de Bravo (Mexico) with an estimated attendance of 300,000.
October 5 – Black Sabbath perform the first set of their Whisky a Go Go performance in all-white tuxedos.
October 29 – Allman Brothers Band guitarist Duane Allman dies in a motorcycle accident in Macon, Georgia after colliding with a truck.
November 6 – Cher earned her first solo number one hit in US (Gypsys, Tramps & Thieves) staying atop for two consecutive weeks. Eventually the song was certified gold.
November 8 – Led Zeppelin release officially untitled fourth studio album, which would become the biggest-selling album of the year (1972), the band’s biggest-selling album, and the fourth best-selling album of all time.
December 1 – Belgian singing duo Nicole & Hugo are married at Wemmel.
December 4 – The Montreux Casino in Montreux, Switzerland, catches fire and burns during a performance by Frank Zappa and the Mothers of Invention when a fan fires a flare gun into its rafters. Members of Deep Purple, who were due to begin recording at the casino the next day, watched the scene from their hotel across Lake Geneva, and later immortalized the events in their song, “Smoke on the Water”.
December 10 – Frank Zappa breaks his leg after being pushed off the stage by a deranged fan at The Rainbow in London.
December 31 – Bob Dylan makes a surprise appearance for the encore of The Band’s New Year’s Eve concert at the Academy of Music, joining the group for four songs including “Like a Rolling Stone”. – Wikipedia