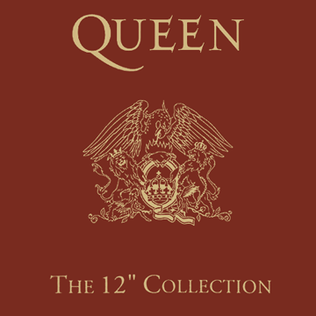 The 12″ Collection is a compilation album by British rock band Queen. It features various 12-inch single format recordings and remixes. “Bohemian Rhapsody” was never released on a 12-inch single and the sleeve notes state that it is included due to its length.  Released in 1992.

“The Show Must Go On” did appear on a 12-inch single, but not as an extended version. The sleeve notes do not mention why it was included.

Two Queen LP’s are featured – A Night At The Opera and A Day At The Races. 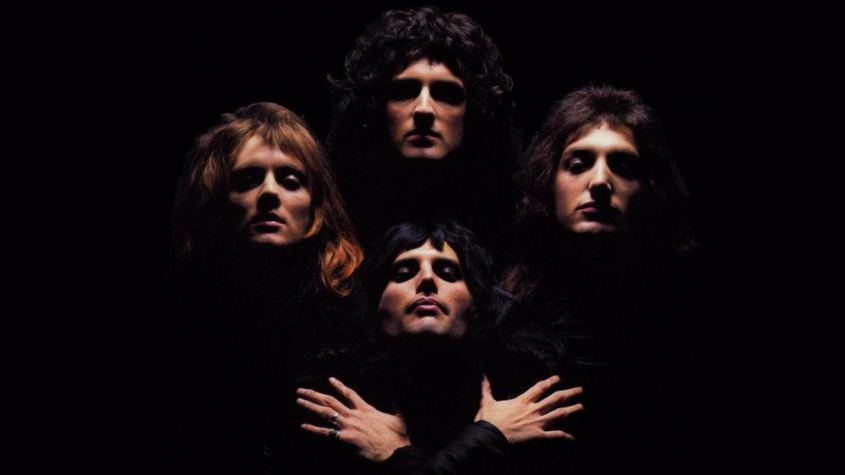 Queen are a British rock band that formed in London in 1970. Their classic line-up was Freddie Mercury (lead vocals, piano), Brian May (lead guitar, vocals), Roger Taylor (drums, vocals), and John Deacon (bass guitar). Queen’s earliest works were influenced by progressive rock, hard rock and heavy metal, but the band gradually ventured into more conventional and radio-friendly works by incorporating further styles, such as arena rock and pop rock, into their music.

Before forming Queen, Brian May and Roger Taylor had played together in Smile. Mercury, then known by his birth name, Farrokh “Freddie” Bulsara, was a fan of Smile and encouraged them to experiment with more elaborate stage and recording techniques. Mercury joined in 1970, suggested the name “Queen”, and adopted his familiar stage name. Deacon was recruited before the band recorded their eponymous debut album in 1973. Queen first charted in the UK with their second album, Queen II, in 1974, but it was the release of Sheer Heart Attack later that year and A Night at the Opera in 1975 which brought them international success. The latter featured “Bohemian Rhapsody”, which stayed at number one in the UK for nine weeks and helped popularise the music video.

The band’s 1977 album News of the World contained “We Will Rock You” and “We Are the Champions”, which have become anthems at sporting events. By the early 1980s, Queen were one of the biggest stadium rock bands in the world. “Another One Bites the Dust” (1980) became their bestselling single, while their 1981 compilation album Greatest Hits is the best-selling album in the UK and is certified eight times platinum in the US. Their performance at the 1985 Live Aid concert has been ranked among the greatest in rock history by various music publications. In 1991, Mercury died of bronchopneumonia, a complication of AIDS, and Deacon retired in 1997. May and Taylor have performed under the Queen name with Paul Rodgers and Adam Lambert as vocalists on several tours since.

Queen have released 18 number-one albums, 18 number-one singles, and 10 number-one DVDs. Estimates of their record sales range from 150 million to 300 million records, making them one of the world’s best-selling music artists. Queen received the Outstanding Contribution to British Music Award from the British Phonographic Industry in 1990. They were inducted into the Rock and Roll Hall of Fame in 2001.

This installment of Across The Tracks feature tune with “ONE” in the title.  We’ll feature music from Rise Against, INXS, Bad Company, Maroon 5, Kid Rock, Queen, Montgomery Gentry, Doobie Brothers, Theory of A Deadman, Beatles, Smash Mouth, Carole King and much more across the tracks and genres. 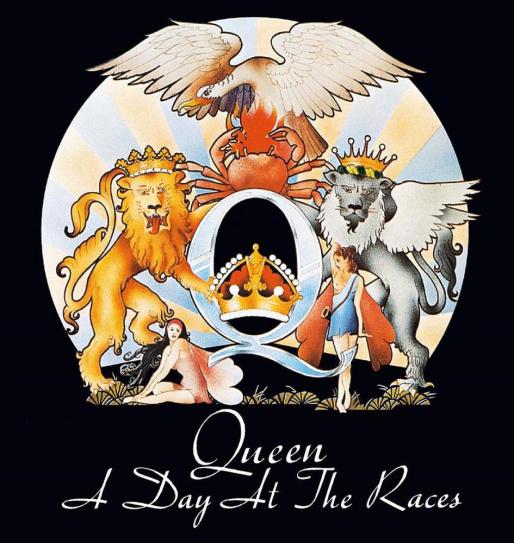 A Day at the Races is the fifth studio album by the British rock band Queen, released on December 10, 1976. It was the band’s first completely self-produced album, and the first not to feature producer Roy Thomas Baker. Recorded at Sarm East, The Manor and Wessex Studios in England, A Day at the Races was engineered by Mike Stone. The title of the album followed suit with its predecessor A Night at the Opera, taking its name from the subsequent film by the Marx Brothers.

The album peaked at #1 in the UK, Japan and the Netherlands. It reached #5 on the US Billboard 200 and was Queen’s fifth album to ship gold in the US, and subsequently reached platinum status in the same country.

A Day at the Races was voted the 67th greatest album of all time in a national 2006 BBC poll.

This installment of Across The Tracks feature tune with “ONE” in the title.  We’ll feature music from James Taylor, Laura Branigan, Queen, Ronnie Dyson, Deep Purple, Tommy Cash, Murray Head, Wallflowers, Jethro Tull and much more across the tracks and genres.