Quadrophenia is the sixth studio album by the English rock band the Who, released as a double album on October 26, 1973 by Track Records. It is the group’s second rock opera. Set in London and Brighton in 1965, the story follows a young mod named Jimmy and his search for self-worth and importance. Quadrophenia is the only Who album entirely composed by Pete Townshend.

The group started work on the album in 1972, trying to follow up Tommy and Who’s Next, both of which had achieved substantial critical and commercial success. Recording was delayed while bassist John Entwistle and singer Roger Daltrey recorded solo albums and drummer Keith Moon worked on films. Because a new studio was not finished in time, the group had to use Ronnie Lane’s Mobile Studio. The album makes significant use of Townshend’s multi-track synthesizers and sound effects, as well as Entwistle’s layered horn parts, in addition to the group’s typical playing styles, especially from Moon. Relationships between the group and manager Kit Lambert broke down irretrievably during recording and Lambert had left the band’s service by the time the album was released.

Quadrophenia was released to a positive reception in both the UK and the US, but the resulting tour was marred with problems with backing tapes replacing the additional instruments on the album, and the stage piece was retired in early 1974. It was revived in 1996 with a larger ensemble, and a further tour took place in 2012. The album made a positive impact on the mod revival movement of the late 1970s, and the resulting film adaptation, released in 1979, was successful. The album has been reissued on compact disc several times, and seen a number of remixes that corrected some perceived flaws in the original.

The Kids Are Alright is a soundtrack album by the British rock band The Who, a companion to the band’s documentary film of the same name. As a compilation album, it serves as a retrospective look at the band’s biggest hits throughout their career to the point it was released. Most of the tracks are live recordings, rather than the original studio versions.

It was originally released as a double album in June 1979 on Polydor Records in the UK and MCA Records in the US. The performance of “My Wife” was from a concert The Who filmed for The Kids Are Alright at the Gaumont State Cinema in Kilburn; however the footage was not used in the film. That show was later restored for DVD and released as The Who at Kilburn: 1977 in 2008. “Tommy Can You Hear Me” had a longer outro with Roger Daltrey repeating the word “Tommy” before Keith Moon screams “‘Ello!” to end the song. The soundtrack album did well in the US where it peaked at No. 8 on the Billboard albums chart and went platinum, while it peaked at No. 26 on the UK charts.

Two Rooms: Celebrating the Songs of Elton John & Bernie Taupin is a 1991 tribute album consisting of interpretations of sixteen songs written by Elton John and Bernie Taupin. Released October 22, 1991. The title refers to a song on John’s album 21 at 33, “Two Rooms at the End of the World”, and to the duo’s unusual collaborative style; it is also the title of a 1991 film documenting their collaboration.

Face Dances is the ninth studio album by English rock band the Who. It was released March 16, 1981 by Warner Bros. in the United States (it was the band’s first release on that label) and on Polydor in the United Kingdom. It was one of two Who studio albums with drummer Kenney Jones, who joined the band after Keith Moon’s death three years earlier.

Despite mixed reviews from Rolling Stone and other critics, the album peaked at No. 4 on the US Billboard 200 and No. 2 on the UK Albums Chart.

In 1993, Polydor re-released the album on CD. It only held the songs from the original LP.

In 1997, the album was remixed, remastered and re-released by MCA with three outtakes as well as two live tracks. The live track “How Can You Do It Alone” is an edited version of the live performance.

Who’s Next (is the fifth studio album by English rock band the Who. It developed from the aborted Lifehouse project, a multi-media rock opera written by the group’s Pete Townshend as a follow-up to the band’s 1969 album Tommy. The project was cancelled owing to its complexity and to conflicts with Kit Lambert, the band’s manager, but the group salvaged some of the songs, without the connecting story elements, to release as their next album. Eight of the nine songs on Who’s Next were from Lifehouse, the lone exception being the John Entwistle-penned “My Wife”. Ultimately, the remaining Lifehouse tracks would all be released on other albums throughout the next decade.

The Who recorded Who’s Next with assistance from recording engineer Glyn Johns. After producing the song “Won’t Get Fooled Again” in the Rolling Stones Mobile Studio, they relocated to Olympic Studios to record and mix most of the album’s remaining songs. They made prominent use of synthesizer on the album, particularly on “Won’t Get Fooled Again” and “Baba O’Riley”, which were both released as singles. The cover photo was shot by Ethan Russell; it made reference to the monolith in the 1968 film 2001: A Space Odyssey, as it featured group members standing by a concrete piling protruding from a slag heap, apparently having urinated against it.

Who’s Next was an immediate success when it was released in August 1971. It has since been viewed by many critics as the Who’s best record and one of the greatest albums of all time. It was reissued on CD several times, with additional songs originally intended for Lifehouse.

The Who Hits 50! is a compilation of singles by the English rock band The Who, released in 2014 by Polydor Records. The two-disc set contains every single released by the band in the United Kingdom, with the exceptions of: “A Legal Matter” and “La-La-La-Lies” from 1966; and “Long Live Rock” and the remake of “I’m One” from 1979. At the same time it also contains every single by the band released in the United States throughout their career, with the exceptions of: “The Real Me” from 1974; the reissue of “Substitute” from 1976; and “Long Live Rock” from 1979. A condensed single-disc standard edition appeared as well, both versions in conjunction with the band’s 50th anniversary and associated tour of the same name. The album is notable for containing singles generally not included on other compilation albums, such as the band’s Rolling Stones cover “The Last Time” done as an act of solidarity while Mick and Keith were facing jail time, along with other lesser-known singles “Dogs” and “Call Me Lightning”.

The first disc includes every song from the compilation Meaty Beaty Big and Bouncy with the exception “A Legal Matter”, and the second disc includes “Be Lucky”, a track released as a single in support of the compilation and recorded during 2014 sessions for a proposed new studio album. The song is the first new material released by The Who since their 2006 studio album Endless Wire.

The selections were remastered by Jon Astley, and the cover art and packaging reflects the band’s association with the pop art of the 1960s. On the two-disc set, the liner notes incorrectly list Pete Townshend as the writer of the track “Trick of the Light” when it was in fact written by John Entwistle.

The Who are an English rock band formed in London in 1964. Their classic line-up consisted of lead singer Roger Daltrey, guitarist and singer Pete Townshend, bass guitarist John Entwistle and drummer Keith Moon. They are considered one of the most influential rock bands of the 20th century, selling over 100 million records worldwide.

The Who developed from an earlier group, the Detours, and established themselves as part of the pop art and mod movements, featuring auto-destructive art by destroying guitars and drums on stage. Their first single as the Who, “I Can’t Explain”, reached the UK top ten, and was followed by a string of singles including “My Generation”, “Substitute” and “Happy Jack”. In 1967, they performed at the Monterey Pop Festival and released the US top ten single “I Can See for Miles”, while touring extensively. The group’s fourth album, 1969’s rock opera Tommy, included the single “Pinball Wizard” and was a critical and commercial success. Live appearances at Woodstock and the Isle of Wight Festival, along with the live album Live at Leeds, cemented their reputation as a respected rock act. With their success came increased pressure on lead songwriter Townshend, and the follow-up to Tommy, Lifehouse, was abandoned. Songs from the project made up 1971’s Who’s Next, which included the hit “Won’t Get Fooled Again”. The group released the album Quadrophenia in 1973 as a celebration of their mod roots, and oversaw the film adaptation of Tommy in 1975. They continued to tour to large audiences before semi-retiring from live performances at the end of 1976. The release of Who Are You in 1978 was overshadowed by the death of Moon shortly after.

Kenney Jones replaced Moon and the group resumed activity, releasing a film adaptation of Quadrophenia and the retrospective documentary The Kids Are Alright. After Townshend became weary of touring, the group split in 1983. The Who occasionally re-formed for live appearances such as Live Aid in 1985, a 25th anniversary tour in 1989 and a tour of Quadrophenia in 1996–1997. They resumed regular touring in 1999, with drummer Zak Starkey. After Entwistle’s death in 2002, plans for a new album were delayed. Townshend and Daltrey continued as the Who, releasing Endless Wire in 2006, and continue to play live regularly, with Starkey, bassists Pino Palladino (2006–2017) and Jon Button (2017–present), and guitarist Simon Townshend (Pete’s brother) serving as touring players. A tour with a complete symphony orchestra, along with a twelfth studio album, are both scheduled for 2019.

The Who’s major contributions to rock music include the development of the Marshall stack, large PA systems, use of the synthesizer, Entwistle and Moon’s lead playing styles, Townshend’s feedback and power chord guitar technique, and the development of the rock opera. They are cited as an influence by hard rock, punk rock and mod bands, and their songs still receive regular exposure.  (Rev 4.0) 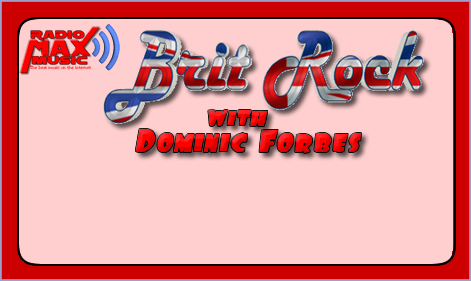