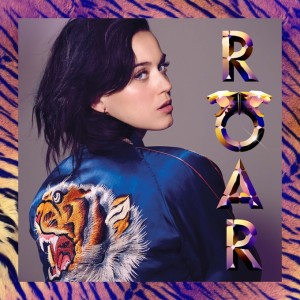 Perry told Billboard in late 2012 about her upcoming album: “I know exactly the record I want to make next. I know the artwork, the coloring and the tone….. I even know what type of tour I’m doing next. I’ll be very pleased if the vision I have in my head becomes a reality”. However, Perry mentioned that she does not want the album to be a “Teenage Dream 2.0”, stating: “That would be silly. It’s not of any interest for me to try and outdo myself at every corner. Eventually you just like pop, explode”. Perry said the record would contain darker elements, departing from her previous sound. Diplo Sia Furler, Max Martin, Dr. Luke, Bonnie McKee have collaborated with her on the album. Songs that have been recorded for the album include “Double Rainbow“, “Bad Photographs”, “It Takes Two”, “Unconditional”, and “Roar”.

Perry reprised her role as Smurfette in The Smurfs 2, which was released in theaters on July 31, 2013. Like its predecessor, it received many negative reviews from critics. Her third fragrance, Killer Queen, is set to be released in August 2013, through Coty, Inc. On July 29, 2013, it was announced that Perry’s fourth studio album would be titled Prism, and is due for release on October 22, 2013.