This evening on “Great Soul Performances” we’ll have: Bruno Mars, the Independents, the Marvelettes, the Meters, the Clovers, the Cleftones, Jackie Wilson, Little Anthony & the Imperials, the Isley Brothers, the Dells, Eugene Pitt, Tower Of Power, John Legend-Jamie Foxx-Nick Jonas & Seal; live in concert at The White House and more. It happens at 7PM ET, 6PM CT, 5PM MT and 4PM PT. A reminder: next Saturday will be our annual Christmas Show. Coming up later on “Great Soul Performances 2: The 80s,” on tap will be: Run D.M.C., GQ, Earth, Wind & Fire, Main Ingredient, Ashford & Simpson, the Sugarhill Gang, Michael Jackson, Ann Peebles, the Average White Band, Weird Al Yankovic and several others. “G.S.P. 2” begins at 9PM ET, 8PM CT, 7PM MT & 6PM PT. It’s all good, and I think you’ll have a wonderful time. Check us out later for the music and the fun on “Great Soul Performances” and “Great Soul Performances 2: The 80s” at the “Home of the Hits,” RadioMaxMusic.Com.

On this “HUMP DAY” I can’t wait for “Great Soul Performances 2: The 80s” this evening when I can play for you music by: Ben E. King, Quincy Jones & James Ingram, Tyrone Davis, Sheila E. & Prince, Process & the Doo Rags, Rupert Holmes, Slave, Weird Al Yankovic, Rob Base & DJ EZ Rock, a cut-in record from Dickie Goodman and another cut-in record by my former WCBS-FM co-worker Bob Shannon and I, calling ourselves the Conspirators; a/k/a/ the Strange Bedfellows and a lot more. The show begins at 7PM ET, 6PM CT, 5PM MT and 4PM PT. It’s gonna be a lot of fun musically. I’ll be looking for you to join me for “Great Soul Performances 2: The 80s” on RadioMaxMusic.Com. Happy “HUMP DAY!’ 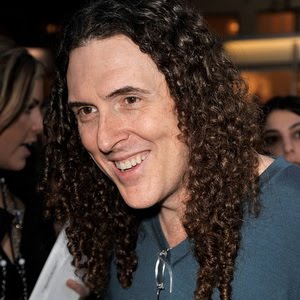 Alfred Matthew “Weird Al” Yankovic (born October 23, 1959) is an American singer-songwriter, musician, parodist, record producer, satirist, music video director, film producer, actor, and author. Yankovic is known for his humorous songs that make light of popular culture and often parody specific songs by contemporary musical acts. Since his first-aired comedy song in 1976, he has sold more than 12 million albums (as of 2007), recorded more than 150 parody and original songs, and has performed more than 1,000 live shows. His works have earned him three Grammy Awards among nine nominations, four gold records, and six platinum records in the United States. Yankovic’s first top ten Billboard album (Straight Outta Lynwood) and single (“White & Nerdy“) were both released in 2006, nearly three decades into his career.

Yankovic’s success comes in part from his effective use of music video to further parody popular culture, the song’s original artist, and the original music videos themselves, scene-for-scene in some cases. He directed later videos himself and went on to direct for other artists including Ben Folds, Hanson, The Black Crowes, and The Presidents of the United States of America. In addition to recording his albums, Yankovic wrote and starred in the film UHF and The Weird Al Show. He has also made guest appearances on many television shows, in addition to starring in Al TV specials on MTV.

On April 9, 2004, Yankovic’s parents were found dead in their Fallbrook, California, home, apparently the victims of accidental carbon monoxide poisoning from their fireplace that had been recently lit. The flue was closed, which trapped the carbon monoxide gas inside the house, suffocating them. Several hours after his wife notified him of his parents’ death, Yankovic went on with his concert in Mankato, Minnesota, saying that “since my music had helped many of my fans through tough times, maybe it would work for me as well” and that it would “at least … give me a break from sobbing all the time.” Although Yankovic played the concert as planned, a scheduled meet and greet following the concert was canceled.  (Source: Wikipedia)