Vixen is the self-titled debut by the American all-female hard rock/glam metal band Vixen. It was released in 1988 in the United States and Europe, and featured the hit singles “Edge of a Broken Heart” and “Cryin'”.

Richard Marx, one of the late 1980s’ most successful recording artists, was heavily involved in Vixen’s early career, co-producing the album and writing one of their biggest hits “Edge of a Broken Heart”.

The three songs co-written by Jeff Paris, “Cryin'”, “One Night Alone” and the bonus track “Charmed Life” were previously released on Paris’s 1987 solo album Wired Up. “Give It Away” is credited to Paris’s real name Geoffrey Leib and was included on his previous album Race to Paradise from 1986.

Vixen was featured at No. 43 in Rolling Stone magazine’s list of 50 Greatest Hair Metal Albums of All Time. 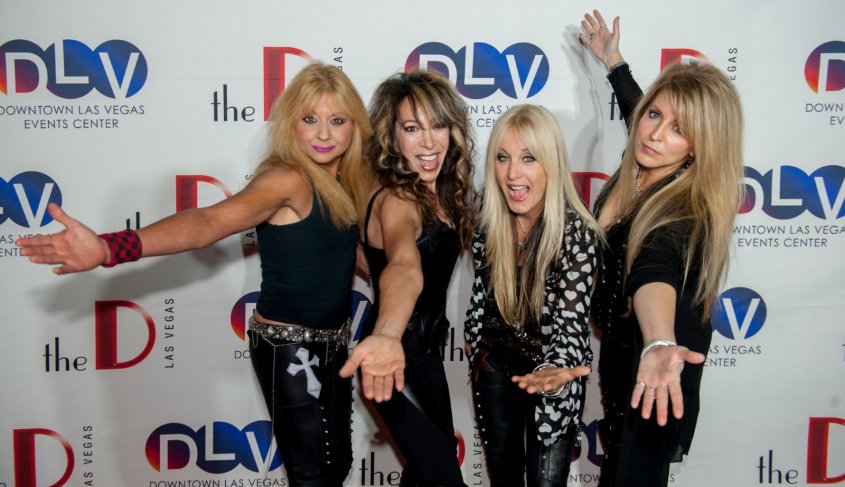 Vixen is an American rock band formed in Minnesota in 1980. They achieved commercial success during the late 1980s and early 1990s as part of the Los Angeles, California glam metal scene. They were sometimes described as “the female Bon Jovi.”

At the end of 2012, Jan Kuehnemund was planning to reunite the classic Vixen lineup with Janet Gardner, Share Ross, and Roxy Petrucci, who had since reunited in JSRG with guitarist Gina Stile. However, in January 2013, just days before they were about to make the official announcement of their reunion, Kuehnemund was diagnosed with cancer. The cancer diagnosis forced them to delay the announcement indefinitely, until possibly when Kuehnemund was fully recovered and cancer-free. Unfortunately, the plans of a full-fledged reunion became impossible as on October 10, 2013, after nine months battling cancer, Jan Kuehnemund died at the age of 59.

In December 2013, the three surviving classic lineup members of the band decided to carry on under the Vixen name in honor of late guitarist Jan Kuehnemund.