John Charles Waite (born 4 July 1952) is an English musician. He was lead vocalist for The Babys and Bad English. As a solo artist, 1984’s “Missing You”, was a No. 1 hit on the US Billboard Hot 100 and a top ten hit on the UK Singles Chart.

The Babys are a British rock group best known for their songs “Isn’t It Time” and “Every Time I Think of You”. Both songs were composed by Jack Conrad and Ray Kennedy, and each reached #13 on the U.S. Billboard Hot 100 and #8 on the Cashbox chart in the late 1970s. The 1976–1978 Babys line-up consisted of keyboardist/guitarist Michael Corby, vocalist/bassist John Waite, drummer Tony Brock and guitarist Wally Stocker.

The brainchild of Michael Corby and Adrian Millar, the group signed a contract that was the highest ever for a new music act at the time. Two studio albums, The Babys and Broken Heart went without incident and were well received. However trouble emerged with Head First and Brock, Waite and Stocker remained with Chrysalis and continued to record as The Babys. Corby has always denied their right to do so and had publicly produced documents to prove his title to the business name used by Waite, Brock and Stocker. That was however, back in 1977. Corby no longer owns the rights to the name of The Babys. The name is now owned by Tony Brock. There are publicly produced documents that confirms that fact – dated in 2013. 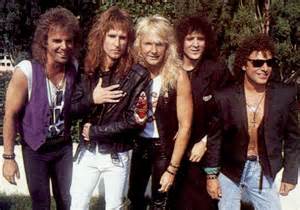