Touch Me is the debut studio album by English singer Samantha Fox. It was released on July 7, 1986 by Jive Records. The album spawned four commercially successful singles: “Touch Me (I Want Your Body)”, “Do Ya Do Ya (Wanna Please Me)”, “Hold On Tight” and “I’m All You Need”. “Touch Me (I Want Your Body)” reached number three on the UK Singles Chart and number four on the US Billboard Hot 100. The album has been certified silver by the British Phonographic Industry (BPI) and gold by the Recording Industry Association of America (RIAA).

Samantha Karen Fox (born April 15, 1966) is an English singer, songwriter, actress, and former glamour model. In 1983, at age 16, she began appearing as a topless model on Page 3 of British tabloid newspaper The Sun, and continued as a Page 3 girl until 1986. During this time, she became the most popular pin-up girl of her era, as well as one of the most photographed British women of the 1980s.

In 1988, Fox received a Brit Award nomination for Best British Female Artist. She has also appeared in a number of films and reality television shows, and has occasionally worked as a television presenter.

In 2003, Fox made a statement about her personal life: “I have slept with other women but I’ve not been in love before Myra Stratton. People say I’m gay. All I know is that I’m in love with Myra [Stratton, my manager]. I love her completely and want to spend the rest of my life with her.” Fox said that she had been reluctant to come out because, having already dealt with obsessed fans and stalkers, she feared fans’ possible reactions. In 2009, she announced her plans to form a civil partnership with Stratton. In 2015, Stratton died of cancer. She was 60 years old.

In December 2009, her latest compilation album was issued, Greatest Hits, both in single CD and double CD formats. In 2012 her first 4 albums were-re-issued as double deluxe CDs by Cherry Red. 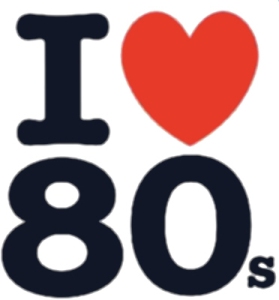 Well, in the inimitable words of William Count Basie, “Let’s Try It One More Once!” Brrrrrrr! Throughout most of the country, it is COLD! I’m staying indoors and serving up a hot plate of soul for your afternoon entertainment on “Great Soul Performances 2: The 80’s.” On the menu: Heatwave (pun intended), Howard Johnson, the Sugarhill Gang, Angela Bofill, Eddie Murphy, the Jones Girls, Samantha Fox, the Average White Band, Kylie Minogue, the Commodores and more. The party begins at 5PM ET, 4PM CT, 3PM MT and 2PM PT. So come and warm up with me later this afternoon with “Great Soul Performances 2: The 80’s” on RadioMaxMusic.com. There, I think I got it right this time.

Samantha Karen “Sam” Fox (born 15 April 1966) is an English dance-pop singer, actress, and former glamour model. In 1983, at the age of 16, she began her modelling career on Page Three of The Sun, and went on to become a popular pin-up girl. In 1986, she launched her pop music career with her debut single “Touch Me (I Want Your Body)”, which became a Number 1 hit in 17 countries. She has since sold over 30 million albums worldwide. Fox has also appeared in a number of films and reality television shows, and has occasionally worked as a television presenter.