Anytime…Anywhere is the sixth album by Rita Coolidge released in March 1977 on the A&M Records label. The album is her most successful, reaching #6 on the Billboard 200 and having been certified platinum (over 1 million U.S. copies sold). The album spawned three Billboard top twenty hits; a cover of Boz Scaggs’ “We’re All Alone” (#7), a cover of The Temptations’ “The Way You Do The Things You Do” (#20), and the album’s biggest hit, “(Your Love Has Lifted Me) Higher and Higher” (#2), a remake of Jackie Wilson’s “(Your Love Keeps Lifting Me) Higher and Higher”.

Swan was born in Cape Girardeau, Missouri. As a child, he learned drums, piano and guitar, and began writing songs. His first big break was in 1962 when Clyde McPhatter recorded “Lover Please”, a song written by Swan when he was in a local band called Mirt Mirly & the Rhythm Stoppers, and which had first been recorded by Bill Black.[1] McPhatter’s version quickly became a No. 7 pop hit.

Swan moved to Memphis to work with Black, but this was cut short with Black’s illness and subsequent death in 1965. He also for a time worked on Elvis Presley’s Graceland estate. He then moved to Nashville, which enabled him to write hit country songs for numerous artists, including Conway Twitty, Waylon Jennings, and Mel Tillis. In 1969, Swan first took on the role of record producer, producing Tony Joe White’s Top Ten hit “Polk Salad Annie”. Swan also played bass guitar for Kris Kristofferson, and then signed a solo recording deal with Monument Records.

His first album included the song “I Can Help”, a rockabilly number that topped both the Billboard Hot 100 and country charts in 1974, also becoming a hit in many other countries. Swan recorded the song in two takes (without overdubs) with an RMI organ that Kristofferson and singer Rita Coolidge had bought for him as a wedding gift. However, other albums with Monument, A&M, and Epic did not have nearly the success of his first.

Swan continued to tour as a member of Kristofferson’s band, and has recorded two albums with Randy Meisner of The Eagles. In 1986 he walked into a Californian studio (Bench Records) as part of a band called Black Tie and along with Meisner, Jimmy Griffin (Bread), David Kemper (drummer), David Miner and David Mansfield recorded an album called When the Night Falls. He recorded another solo album, Like Elvis Used to Do in 2000, and another Black Tie-style album with Meisner and Charlie Rich, Jr. billed as “Meisner, Swan & Rich”. As of 2005, Swan remained a backing singer and session musician. 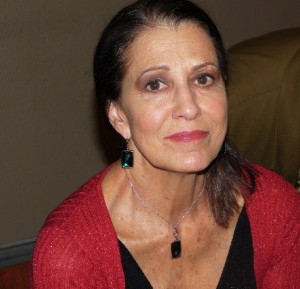 Rita Coolidge (born May 1, 1945) is a multiple Grammy Award-winning American vocalist. During the 1970s and 1980s, she charted hits on Billboard’s pop, country, adult contemporary and jazz charts.

Coolidge married Tatsuya Suda (mistakenly referred to as “Sudaon” by the Chicago Tribune) on June 19, 2012 in the Cook Islands. Coolidge was married to Kris Kristofferson from 1973–1980. They have one daughter, Casey. Coolidge previously had romantic liaisons with Stephen Stills and Graham Nash; her leaving Stills for Nash has been cited as a contributing factor behind the initial 1970 breakup of Crosby, Stills, Nash & Young. She was also involved with Leon Russell and Joe Cocker during their days on tour with Mad Dogs and Englishmen
Coolidge now lives in Fallbrook, California. She is a member of Alpha Gamma Delta sorority.