Richard Paul Astley (born 6 February 1966) is an English singer, songwriter and radio personality. He rose to fame through his association with the production trio Stock Aitken Waterman; his 1987 recording of their song “Never Gonna Give You Up” was a number 1 hit single in 25 countries, winning the 1988 Brit Award for Best British Single. By the time of his retirement in 1993, Astley had sold approximately 40 million records worldwide.

Astley made a comeback in 2007, becoming an Internet phenomenon when the music video for “Never Gonna Give You Up” became integral to the meme known as “rickrolling”. Astley was voted “Best Act Ever” by Internet users at the MTV Europe Music Awards 2008, and his 2016 album 50 debuted in the UK at No. 1.

Astley is married to Lene Bausager and the couple have a daughter, Emilie, who was born in 1992. Astley met Lene when she was working as a promoter with RCA in 1988. Lene is a film producer, and was nominated for the 2006 Academy Award for Best Live Action Short Film for the Sean Ellis film Cashback, on which she was the main producer. He and his wife live in the Surrey town of Molesey, and his daughter lives in Denmark. He maintains a home recording studio and has a collection of guitars. 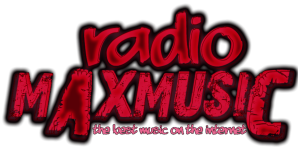 I’m still very cold this first weekend of November 2014, so come and warm up with me by checking out “Great Soul Performances 2: The 80’s” where you’ll hear: Prince, New Edition, Rick Astley, Babyface, the Commodores, Shalamar, the Whispers, Kenny Loggins, GQ and more. I hope you turned your clocks back last night, if not you’re going to be an hour off. We start at 5PM Eastern Standard Time, 4PM CST, 3PM MST & 2PM PST. You got it? See you later this afternoon for “Great Soul Performances 2: The 80’s” on RadioMaxMusic.com.