This installment of Across The Tracks features tunes about Mardi Gras, New Orleans and the topic in the title or meaning.

Mardi Gras, or Fat Tuesday, refers to events of the Carnival celebration, beginning on or after the Christian feasts of the Epiphany (Three Kings Day) and culminating on the day before Ash Wednesday, which is known as Shrove Tuesday. Mardi Gras is French for “Fat Tuesday”, reflecting the practice of the last night of eating rich, fatty foods before the ritual Lenten sacrifices and fasting of the Lenten season.

Related popular practices are associated with Shrovetide celebrations before the fasting and religious obligations associated with the penitential season of Lent. In countries such as the United Kingdom, Mardi Gras is also known as Shrove Tuesday, which is derived from the word shrive, meaning “to administer the sacrament of confession to; to absolve”.

While not observed nationally throughout the United States, a number of traditionally ethnic French cities and regions in the country have notable celebrations. Mardi Gras arrived in North America as a French Catholic tradition with the Le Moyne brothers, Pierre Le Moyne d’Iberville and Jean-Baptiste Le Moyne de Bienville, in the late 17th century, when King Louis XIV sent the pair to defend France’s claim on the territory of Louisiane, which included what are now the U.S. states of Alabama, Mississippi, Louisiana and part of eastern Texas.

Mardi Gras, as a celebration of life before the more-somber occasion of Ash Wednesday, nearly always involves the use of masks and costumes by its participants, and the most popular celebratory colors are purple, green, and gold. In New Orleans, for example, these often take the shape of fairies, animals, people from myths, or various Medieval costumes as well as clowns and Indians (Native Americans). However, many costumes today are simply elaborate creations of colored feathers and capes. Unlike Halloween costumery, Mardi Gras costumes are not usually associated with such things as zombies, mummies, bats, blood, and the like, though death may be a theme in some. The Venice tradition has brought golden masks into the usual round of costumes.

Women exposing their breasts during Mardi Gras in New Orleans, US, has been documented since 1889, when the Times-Democrat decried the “degree of immodesty exhibited by nearly all female masqueraders seen on the streets.” The practice was mostly limited to tourists in the upper Bourbon Street area. In the crowded streets of the French Quarter, generally avoided by locals on Mardi Gras Day, flashers on balconies cause crowds to form on the streets.

In the last decades of the 20th century, the rise in producing commercial videotapes catering to voyeurs helped encourage a tradition of women baring their breasts in exchange for beads and trinkets. Social scientists studying “ritual disrobement” found, at Mardi Gras 1991, 1,200 instances of body-baring in exchange for beads or other favors. 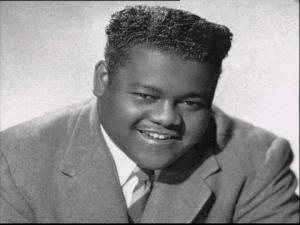 Antoine Dominique “Fats” Domino Jr. (born February 26, 1928) is an American R&B and rock and roll pianist and singer-songwriter. He was born and raised in New Orleans, Louisiana. Domino is French Creole and Creole was his first language. Domino was delivered at home by his midwife grandmother. Like most families in the Lower Ninth Ward, Domino’s family were new arrivals from Vacherie, Louisiana. His father was a well known violinist, and Domino was inspired to play himself. He eventually learned from his uncle, jazz guitarist Harrison Verrett. Fats released five gold (million-copy-selling) records before 1955. Domino also had 35 Top 40 American hits and has a music style based on traditional R&B ensembles of bass, piano, electric guitar, drums, and saxophone. – 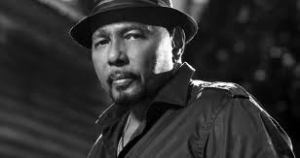 We feature the music and NEW LP from Aaron Neville

Aaron Neville (born January 24, 1941, New Orleans, Louisiana) is an American R&B and soul singer and musician. He has had four top-20 hits in the United States (including three that went to number one on Billboard’s adult contemporary chart and one that went to number one on the R&B chart) along with four platinum-certified albums. He has also recorded with his brothers Art, Charles and Cyril as The Neville Brothers and is the father of singer/keyboards player Ivan Neville. Of mixed African American and Native American heritage, his music also features Cajun and Creole influences. 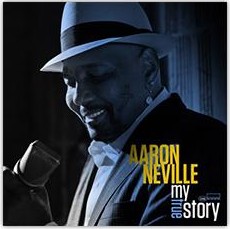 Iconic soul/R&B vocalist Aaron Neville has announced “My True Story,” his debut for EMI’s Blue Note Records. The record, produced by Keith Richards and Blue Note Records President Don Was, finds Neville revitalizing some of his favorite songs from the doo-wop era and beyond. 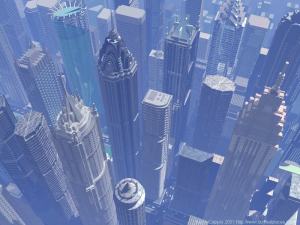 RadioMax Special – Songs with Cities in the Title.