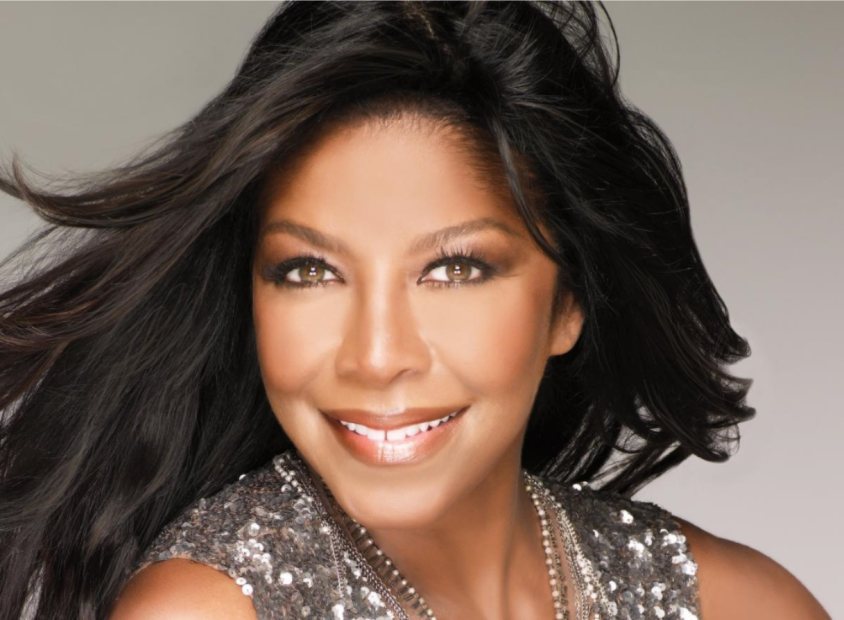 Natalie Maria Cole (February 6, 1950 – December 31, 2015) was an American singer, songwriter, and actress. Cole was the daughter of American singer and jazz pianist Nat King Cole. She rose to success in the mid-1970s as an R&B singer with the hits “This Will Be”, “Inseparable” (1975), and “Our Love” (1977). She returned as a pop singer on the 1987 album Everlasting and her cover of Bruce Springsteen’s “Pink Cadillac”. In the 1990s, she sang traditional pop by her father, resulting in her biggest success, Unforgettable… with Love, which sold over seven million copies and won her seven Grammy Awards. She sold over 30 million records worldwide.

Cole canceled several events in December 2015 due to illness. It was reported on January 1, 2016, that she had died the day prior at Cedars-Sinai Medical Center in Los Angeles. Her family stated that at the time of her death, Cole had “ongoing health issues”. According to Cole’s publicist, Maureen O’Connor, the singer’s death was the result of congestive heart failure. Cole’s last musical performance was a short set of three songs in Manila.

In official news on her cause of death, her family stated that Cole was diagnosed with idiopathic pulmonary arterial hypertension after her kidney transplant in 2009.

Cole’s son, along with her sisters, offered the following comment. “Natalie fought a fierce, courageous battle, dying how she lived… with dignity, strength and honor. Our beloved mother and sister will be greatly missed and remain unforgettable in our hearts forever.” 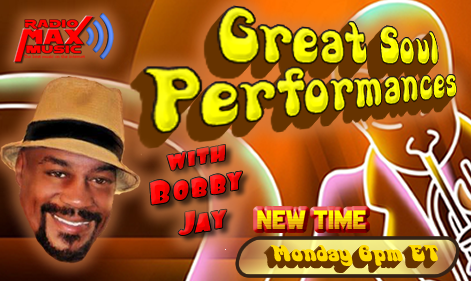 It’s “Summ-Summ Summertime,” therefore on “Great Soul Performances” this evening, all songs will be about “Summer,” featuring a varied and eclectic array of artists. I’m talking about the likes of: War, Frank Sinatra, the Ad-Libs, Nat “King” Cole, Sly & the Family Stone, Michael Buble, the Valentines, George Benson, Manhattan Transfer, Natalie Cole, the Chantels, Larry Chance & the Earls, John Travolta & Olivia Newton-John, the Danleers, Charlie Parker, the Temptations, the Who; live in concert and so many, many others. Our “Summer” salute starts at 6PM ET, 5PM CT, 4PM MT & 3PM PT. “Great Soul Performances” will be all about “Summer” later this evening on RadioMaxMusic.Com.

“Great Soul Performances” this evening will have a very diverse playlist. Since Thursday is Thanksgiving Day, all of our music will reflect “Thanks,” “Thank You,” “Thankful,” and even “Thanksgiving.” You’ll be hearing from: Boz II Men, Abba, Enchantment, Alanis Morissette, Sly & the Family Stone, Led Zeppelin, Bob Marley, Brook Benton, Wayne Newton, Natalie Cole, Adam Sandler, Earth, Wind & Fire, Shania Twain and many others. The “Thankful” fun begins at 7PM ET, 6PM CT, 5PM MT and 4PM PT. Make sure you bring me some egg nog and cranberry sauce when drop by to check out “Great Soul Performances” later today on the “Home of the Hits,” RadioMaxMusic.Com.

“Great Soul Performances” comes your way this evening from the fairgrounds of the Eastern States Fair and Exposition; “The Big E,” in West Springfield, Massachusetts, where we are celebrating our “Centennial of Greatness.” On the playlist will be: the Spinners, Barbara Lynn, Bill Doggett, Judy Clay & Billy Vera, the Temptations & the Distants, Millie Jackson, Alive & Kicking, Ralfi Pagan, Natalie Cole, the Cleftones, Dion; ‘live in concert” at the Bottom Line in New York’s Greenwich Village and a whole lot more. Join me at 7PM ET, 6PM CT, 5PM MT and 4PM PT. I’ll be looking for you later from the fairgrounds at “The Big E” only on RadioMaxMusic.Com.

A fresh new show on “Great Soul Performances” for you from the home studio, where you’ll hear: The Dramatics, Rick James, Sly & the Family Stone, the Moments, the Spaniels, Aretha Franklin, the Temptations, Jerry Butler, Natalie Cole, Ralfi Pagan, another segment from my chat with the late Brook Benton, and much more. Also, on Thursday October 15th, I was in attendance at the Gem Theatre in Kannapolis, North Carolina, when Gerald Alston of the Manhattans, Chuck Jackson, Napoleon “Nappy” Brown, the Fantastic Shakers and several others were inducted into the North Carolina Music Hall of Fame, therefore, we’ll hear from Chuck Jackson talking about how Jackie Wilson convinced Chuck to leave the Del Vikings and become Jackie’s opening act, plus Chuck will be “live in concert” at the World Famous Apollo Theatre, Gerald Alston with the Manhattans will sing their biggest hit, and the Fantastic Shakers. Will lay some “Beach Music” on us. So you see, there’s going to be a lot going on this evening, and you won’t want to miss a second of it. It kicks of at 7PM ET, 6PM CT, 5PM MT and 4PM PT on “Great Soul Performances” here on RadioMaxMusic.Com. I’ll see you later ‘gator!

It’s been a very busy day, but I’m getting ready to relax and do a radio show called “Great Soul Performances.” On the broadcast this evening you’ll hear: Little Milton, the Temptations, Laura Nyro & LaBelle, the Flamingos, Peaches & Herb, 8th Day, Natalie Cole, Tavares, the Delfonics, Linda Jones, Eddie Kendricks & Paul Williams; live in concert, another installment of my conversation with the “Babbaling Brook,” Brook Benton, and a lot more. It begins shortly at 7PM ET, 6PM CT, 5PM MT and 4PM PT straight ahead. I’m looking for your face in the place with me and “Great Soul Performances” here on RadioMaxMusic.Com.

As we close out the month of May and round the corner into June, let’s keep all of our friends and loved ones who are suffering in Texas, Oklahoma and elsewhere, under this catastrophic deluge of rain and destruction, in our thoughts and prayers. This evening on “Great Soul Performances,” we will hear from: James Brown, Natalie Cole, Bobby Caldwell, the Jackson Five, Fontella Bass, the Spinners, Candi Staton, Eddie Holman, Lenny Welch, Jimmy Castor; “live in concert,” and more in our tribute to the late “King Of The Blues” B.B. King. It begins at 7PM ET, 6PM CT, 5PM MT & 4PM PT, following an encore of last Sunday’s “Great Soul Performances 2: The 80s” at 5PM eastern time. So please join me and let’s have “A Funky Good Time” with “Great Soul Performances” on RadioMaxMusic.Com.

I hope you’ll join me this evening for “Great Soul Performances.” I’ve got on the playlist: Lou Rawls, Baby Washington, Little Willie John, the Dells, Harold Melvin & the Blue Notes, Isaac Hayes, Barry White, the Fascinations, Natalie Cole, Joe Cuba, a brief tribute to the late Edward “Dip” “Sonny” Bivans of the Manhattans, the O’Jays live in concert and many others. It begins at 7PM ET, 6PM CT, 5PM MT & 4PM PT. There’ll be an encore performance (if you want to hear this show again) tomorrow at 7PM eastern time following “Great Soul Performances 2: The 80s.” I think you’ll have a good time with a lot of fantastic songs, so join me later for “Great Soul Performances” here on RadioMaxMusic.com.

This evening on “Great Soul Performances,” on the playlist we’ve got: Stevie Wonder, the Joneses, Aretha Franklin, the Manhattans, Natalie Cole, the Marvelettes, Enchantment, Doris Troy, Bloodstone, Peabo Bryson, Al Green (live in concert) plus many more, and because as you know, tonight we turn back our clocks to usher in “standard time” once again, we’ll have a “time” segment, to help you “Turn Back The Hands Of Time.” The “Time” for all of this is 7PM ET, 6PM CT, 5PM MT and 4PM PT. So as Jimmy Castor once said on a record I recorded with him, “Don’t Waste The Time.” Join me later for “Great Soul Performances” only on RadioMaxMusic.com.

On “Great Soul Performances” this evening, you’ll be hearing: Bloodstone, Curtis Mayfield, the Joneses, Teddy Pendergrass, Tavares, Natalie Cole, Walter Jackson, Archie Bell & the Drells, Donna Summer, the Temptations “live in concert” and many more. It all begins at 7PM ET, 6PM CT, 5PM MT & 4PM PT. It’s gonna be a lot of fun, so don’t miss it. Check me out later on RadioMaxMusic.com.

Won’t you join me this evening for “Great Soul Performances 2: The 80’s?” You’ll be hearing from Doug E. Fresh, Lisa Stansfield, GrandMaster Flash & the Furious Five, Natalie Cole, Tone-Loc, Teena Marie, Atlantic Starr, Billy Preston & Syreeta Wright, Gladys Knight & the Pips and many others. I’ll be looking for you at 10PM ET, 9PM CT, 8PM MT & 7PM PT with encore performances on Friday at 12 Noon, Saturday at 5PM all times EDT.  So check me out later on RadioMaxMusic.com.  I know you’ll love it.

This evening on “Great Soul Performances 2: The 80’s,” you’ll hear: GQ, Grandmaster Melle Mel, the Four Tops & Aretha Franklin, Jeffrey Osborne, Frankie Beverly & Maze, Marvin Gaye, Natalie Cole, Howard Hewitt, Paul Shaffer, the Jones Girls and a whole lot more. It kicks off at 10PM ET, 9PM CT, 8PM MT & 7PM PT. If you miss it, you can check out one of the encore performances on Friday at 12Noon, or Saturday (just ahead of G.S.P. 1) at 5PM or on Sunday at 7PM. All times are eastern daylight saving time. So I’ll be looking for you later for “G.S.P. 2: The 80’s” on RadioMaxMusic.com.

Also, check out the RadioMax Podcast site at http://rmaxpodcast.com for archived editions of this program.