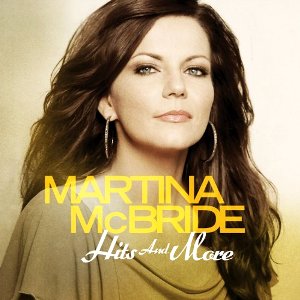 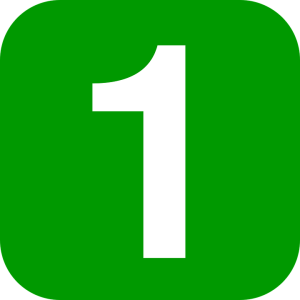 This installment of Across The Tracks feature tune with “ONE” in the title.  We’ll feature music from Rob Thomas, Martina McBride, Carlene Carter, Atlanta Rhythm Section, Harry Chapin, Marvin Gaye, Kiss, Bruce Springsteen and much more across the tracks and genres. 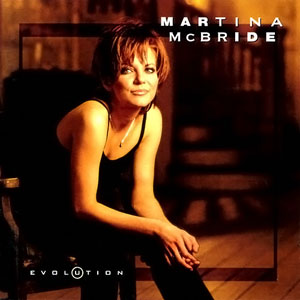 Evolution is the fourth album released by Martina McBride. It was released in 1997 via RCA Nashville. It included the hit singles “Happy Girl”, “A Broken Wing” and “Valentine”, the latter of which became her first single to chart on the Billboard Hot 100 as well as her first major crossover hit. The song “I’m Little But I’m Loud” is a recording of McBride when she was seven years old, while “Valentine” is a re-recording of a song which Brickman and McBride previously released from his 1997 album Picture This. The original Picture This version charted at #3 on the AC charts and #68 on the country charts, while the re-recording featured here was a Top Ten country hit. In the U.S. the album was certified Gold on 12/23/1997, Platinum on 5/15/1998, 2xPlatinum on 6/24/1999 and 3xPlatinum on 2/26/2001 by the R.I.A.A.

Also released from this album was “Still Holding On”, a duet with Clint Black which was originally released on Black’s 1997 album Nothin’ but the Taillights. This was Martina’s first album to have a crossover-friendly country-pop sound, which was a departure from her earlier neotraditional country albums. 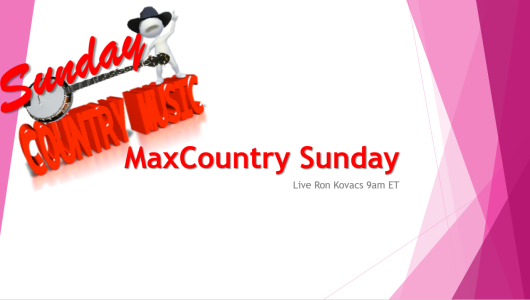 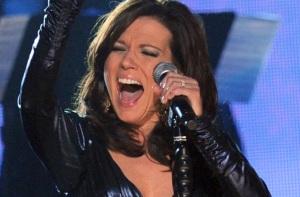 Martina Mariea Schiff (born July 29, 1966), known professionally as Martina McBride, is an American country music singer and songwriter. McBride has been called the “Celine Dion of Country Music” for her big-voiced ballads and soprano range. McBride was signed to RCA Nashville in 1991, and made her debut the following year as a neo-traditionalist country singer with the single, “The Time Has Come.” Over time, she developed a pop-styled crossover sound, similar to that of Faith Hill and Shania Twain, and has had a string of major hit singles on the Billboard country chart and occasionally on the adult contemporary chart. Five of these singles went to No. 1 on the country chart between 1995 and 2001, and one peaked at No. 1 on the adult contemporary chart in 2003. McBride has recorded a total of eleven studio albums, one greatest hits compilation, one “live” album, a Christmas compilation, as well as two additional compilation albums. Seven of her studio albums and two of her compilations have received an RIAA Gold certification, or higher. In the U.S. she has sold over 14 million albums. In addition, McBride has won the Country Music Association’s “Female Vocalist of the Year” award four times (tied with Reba McEntire and Miranda Lambert for the most wins) and the Academy of Country Music’s “Top Female Vocalist” award three times. – Wikipedia 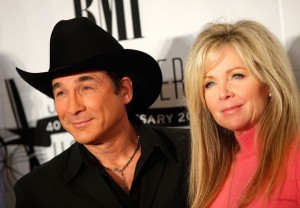 Clinton Patrick “Clint” Black (born February 4, 1962) is an American country music singer-songwriter, record producer, multi-instrumentalist and occasional actor. Signed to RCA Nashville in 1989, Black’s debut album Killin’ Time produced four straight number one singles on the US Billboard Hot Country Singles & Tracks charts. Although his momentum gradually slowed throughout the 1990s, Black consistently charted hit songs into the 2000s. He has had more than 30 singles on the US Billboard country charts, twenty-two of which have reached number one, in addition to having released nine studio albums and several compilation albums. In 2003, Black founded his own record label, Equity Music Group. Black has also ventured into acting, having made a cameo appearance in the 1994 film Maverick, as well as a starring role in 1998’s Still Holding On: The Legend of Cadillac Jack. 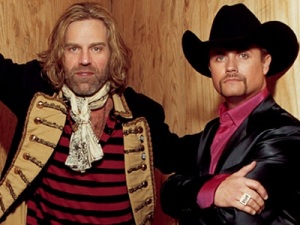 Big & Rich is an American country music duo composed of Big Kenny and John Rich, both of whom are songwriters, vocalists, and guitarists. Rich was a founding member of the country music band Lonestar and later a solo artist for BNA Records, while Big Kenny was formerly a solo artist on Hollywood Records.

Big & Rich’s first studio album, Horse of a Different Color, was released in 2004. This album produced four straight Top 40 country hits, including the number 11 “Save a Horse (Ride a Cowboy)“, plus collaborations with Cowboy Troy, Gretchen Wilson, and Martina McBride. Comin’ to Your City, released in November 2005, added another top-20 single, the Vietnam War-inspired “8th of November”, and two more top 40 hits. Joining the duo on this album were Cowboy Troy, Wilson, and Kris Kristofferson. 2007’s Between Raising Hell and Amazing Grace produced the duo’s first number-one single, “Lost in This Moment“. Both before and during the band’s hiatus, Rich has worked as a producer and songwriter for several other artists.

After this album, both members went on hiatus and released solo albums in 2009: Rich’s Son of a Preacher Man and Big Kenny’s The Quiet Times of a Rock and Roll Farm Boy. These also produced the duo’s first top 40 solo entries: Rich with “Shuttin’ Detroit Down” and Big Kenny with “Long After I’m Gone”. In 2010, Kenny released his second solo album, Big Kenny’s Love Everybody Traveling Musical Medicine Show Mix Tape, Vol. 1. In 2011, Rich released the extended plays For the Kids and Rich Rocks, the latter of which included the Top 40 country single “Country Done Come to Town”. Big & Rich reunited in May 2011 to release “Fake ID”, a cut from the soundtrack to the 2011 film Footloose. A year later, the duo released its fourth album, Hillbilly Jedi, which produced the Top 20 hit “That’s Why I Pray. In July 2013, Rich announced that the duo had begun work on their fifth studio album. (Source: Wikipedia)