No Secrets is the third studio album by American singer and songwriter Carly Simon, released on November 28, 1972 by Elektra Records. The album was Simon’s commercial breakthrough. It spent five weeks at number one on the US Billboard 200 chart and quickly went Gold, as did its lead single, “You’re So Vain”, which remained at number one on the Billboard Hot 100 chart for three weeks, and topping on the Adult Contemporary chart for two weeks. 25 years after its initial release, the album was officially certified Platinum by the Recording Industry Association of America (RIAA) on December 12, 1997. The album is ranked number 997 in All-Time Top 1000 Albums (3rd. edition, 2000). 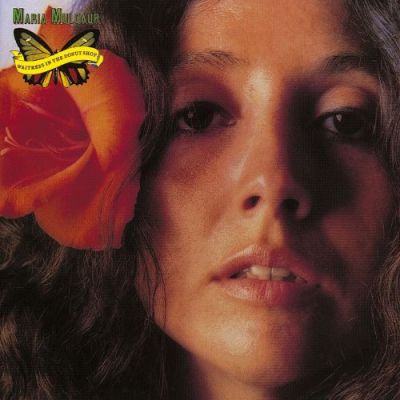 Maria Muldaur (born September 12, 1943) is an American folk and blues singer who was part of the American folk music revival in the early 1960s. She recorded the 1973 hit song “Midnight at the Oasis” and continues to record albums in the folk traditions.

She was the wife of musician Geoff Muldaur and is the mother of singer-songwriter Jenni Muldaur.

Waitress in a Donut Shop, her second album, included a re-recording of “I’m a Woman”, the Leiber and Stoller number first associated with Peggy Lee and a standout feature from her Jug Band days. The title of this album is taken from a line in another song on the album, “Sweetheart”, by Ken Burgan.