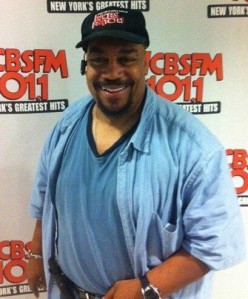 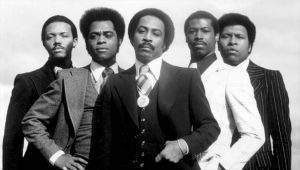 Harold Melvin & the Blue Notes were an American singing group, one of the most popular Philadelphia soul groups of the 1970s. The group’s repertoire included soul, R&B, doo-wop, and disco.

Founded in Philadelphia, Pennsylvania in the early 1950s as The Charlemagnes, the group is most noted for several hits on Gamble and Huff’s Philadelphia International label between 1972 and 1976, although they performed and recorded until Melvin’s death in 1997. However, the remaining members, the Blue Notes, were reunited in 2013 for the Soul Train Cruise, and will reunite again in 2015, during the fourth sailing.

Despite group founder and original lead singer Harold Melvin’s top billing, the Blue Notes’ most famous member was Teddy Pendergrass, their lead singer during the successful years at Philadelphia International. 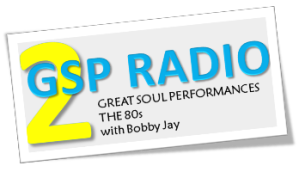 This evening on “Great Soul Performances 2: The 80’s” you’ll hear George Benson, Shalamar, Ashford & Simpson, D Train, Rick James, Harold Melvin & the Blue Notes, Miami Sound Machine, Teddy Pendergrass, the Four Tops, Sylvester (live in concert) and many more. The party begins at 10PM ET, 9PM CT, 8PM MT & 7PM PT with re-broadcasts on Friday at 12Noon, Saturday, just ahead of G.S.P. 1 at 5PM and Sunday at 7PM (all times eastern). I think you’ll enjoy it and have a good time, so join me later on RadioMaxMusic.com.

It’s time, once again, for “Great Soul Performances.” On the broadcast are the Emotions, Little Willie John, Al Green, the Tams, Harold Melvin & the Blue Notes, Sylvia, the O’Jays, Boys II Men, Jimmy Castor and King Curtis “live in concert” plus many others. We get underway at 7PM ET, 6PM CT, 5PM MT & 4PM PT with encore performances on Monday at 10PM and Wednesday at 12 Noon; both times are eastern time. Also heads-up for “Great Soul Performances 2, the 80’s airing on Wednesday at 10PM, Friday at 12 Noon, Saturday at 5PM & Sunday at 7PM all times are eastern. Check it out; “G.S.P. 2 the 80’s” and join me this evening for “G.S.P.” on RadioMaxMusic.com.