Tori Amos (born Myra Ellen Amos; born 1963) is an American singer-songwriter, pianist and composer. She is a classically trained musician and has a mezzo-soprano vocal range. She has received eight Grammy nominations.

Having already begun composing instrumental pieces on piano, Amos won a full scholarship to the Peabody Institute at Johns Hopkins University, the youngest person ever to have been admitted, at age five. She was expelled at age eleven for, in her own words, insisting on playing by ear and because of her interest in popular rock music. Amos originally served as the lead singer of short-lived 1980s pop group Y Kant Tori Read before achieving her breakthrough as a solo artist at the forefront of a number of female singer-songwriters in the early 1990s. She has since become one of the world’s most prominent female singer-songwriters whose songs have discussed a broad range of topics including sexuality, feminism, politics and religion. She was also noteworthy early in her solo career as one of the few alternative rock performers to use a piano as her primary instrument. Some of her charting singles include “Crucify”, “Silent All These Years”, “God”, “Cornflake Girl”, “Caught a Lite Sneeze”, “Professional Widow”, “Spark”, “1000 Oceans”, “Flavor”, and “A Sorta Fairytale”, her most commercially successful single in the U.S. to date. Amos has sold more than 12 million albums worldwide. She has been nominated for and won several awards in different genres, ranging from MTV VMAs to classical music with an Echo award in 2012. – Wikipeda 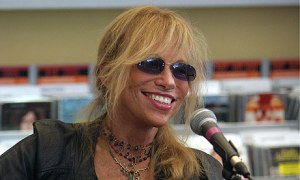 After a brief stint with her sister Lucy Simon as duo group the Simon Sisters, she found great success as a solo artist with her 1971 self-titled debut album Carly Simon, which won her the Best New Artist Grammy, and spawned her first Top 10 single “That’s the Way I’ve Always Heard It Should Be”. Simon achieved international fame with her breakthrough album No Secrets which sat firmly at No. 1 on the Billboard 200 for 5 weeks, and spawned the worldwide hit “You’re So Vain”, for which she received two Grammy nominations, including Record of the Year. Over the course of her career, Simon has amassed 23 Billboard Hot 100 charting singles, and has won two Grammy Awards, out of 14 nominations. Allmusic called Simon, “One of the quintessential singer/songwriters of the ’70s”. Simon has a contralto vocal range.

For her 1988 hit “Let the River Run”, from the film “Working Girl”, Simon became the first artist in history to win a Grammy Award, an Academy Award, and a Golden Globe Award for a song both written and performed entirely by a single artist. She was inducted into the Songwriters Hall of Fame in 1994, inducted into the Grammy Hall of Fame for “You’re So Vain” in 2004, and awarded the ASCAP Founders Award in 2012. In 1995 and 1998, respectively, Simon received the Boston Music Awards Lifetime Achievement and a Berklee College of Music Honorary Doctor of Music Degree.

Simon is the former wife of another notable singer-songwriter, James Taylor. Simon and Taylor have two children together, Sarah “Sally” Maria Taylor and Ben Taylor, who are also musicians. – Wikipedia