Duran Duran are an English new wave band formed in Birmingham in 1978. The band were one of the most successful acts of the 1980s, but by the end of the decade, membership and music style changes challenged the band before a resurgence in the early 1990s. The group were a leading band in the MTV-driven Second British Invasion of the US in the 1980s. They achieved 14 singles in the top 10 of the UK Singles Chart and 21 in the US Billboard Hot 100, and have sold over 100 million records worldwide.

When the band emerged they were generally considered part of the New Romantic scene, along with bands such as Spandau Ballet and Visage. However, Duran Duran would soon shed this image by using fashion and marketing to build a more refined and elegant presentation. The band have won numerous awards throughout their career: two Brit Awards including the 2004 award for Outstanding Contribution to Music, two Grammy Awards, an MTV Video Music Award for Lifetime Achievement, and a Video Visionary Award from the MTV Europe Music Awards. They were also awarded a star on the Hollywood Walk of Fame.

The video age catapulted Duran Duran into the mainstream with the introduction of the 24-hour music channel MTV. Many of their videos were shot on 35 mm film, which gave a much more polished look than was standard at the time. They also collaborated with professional film directors to take the quality a step further, often teaming up with Australian director Russell Mulcahy for some of their most memorable video offerings. In 1984, the band were early innovators with video technology in their live stadium shows.

On July 16, 2019, Rhodes said the band has been working on a new album since the start of 2019, with Ronson, Erol Alkan and Giorgio Moroder handling production duties, and Lykke Li and Graham Coxon being confirmed as collaborators. “There’s one song so far that’s a frontrunner to be the first single. It’s just so different from anything I’ve heard from us before, or actually anyone else. There’s a dance element to it. The construction of it, the melodic content, the lyrics, some of the sounds… they’re very different for us.” Rhodes said a release in late spring 2020 for the album “looks realistic”. 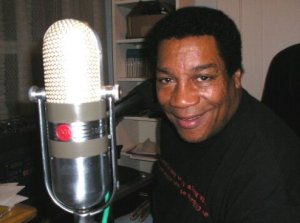 This afternoon on “Great Soul Performances 2: The 80’s,” I’ll be playing songs by artists like: The Gap Band, Richard “Dimples” Fields, De La Soul, Regina Belle, Gerald Albright, Duran Duran, Marvin Gaye, the Bar-Kays, William DeVaughn, Al B. Sure! and several others. It kicks of at 5PM ET, 4PM CT, 3PM MT & 2PM PT. BTW, this will be the last Sunday airing in this time period. Starting in August, “Great Soul Performances 2: The 80’s,” will be heard on Sunday’s at 7PM ET, with no encores. Beginning in August, on Monday’s, the program can be heard “On Demand.” Likewise, this evening at 7PM, the Saturday “Great Soul Performances” will have its last Sunday encore. It will still be heard on Saturdays at 7PM eastern time, with no encores. It too, will be available to be heard, beginning on Monday’s “On Demand.” All this will begin in August, and we’ll tell you more about these changes as time goes on. So, join me later today for music and fun, here at the home of the hits, RadioMaxMusic.Com.

Duran Duran are an English New Wave band, formed in Birmingham in 1978. They were one of the most successful bands of the 1980s and a leading band in the MTV-driven “Second British Invasion” of the United States. Since the 1980s, they have placed 14 singles in the Top 10 of the UK Singles Chart and 21 in the Billboard Hot 100 and have, according to the Sunday Mercury, sold more than 100 million records.

While they were generally considered part of the New Romantic scene along with bands such as Spandau Ballet when they first emerged, they later shed this image. The band worked with fashion designers to build a sharp and elegant image that earned them the nickname “the prettiest boys in rock.” The band has won a number of awards throughout their career, including two Grammy Awards, two Brit Awards—receiving the award for Outstanding Contribution to Music, an MTV Video Music Award—the Lifetime Achievement Award, and were awarded a star on the Hollywood Walk of Fame.

The band’s controversial videos, which included partial nudity and suggestions of sexuality, became popular in the early 1980s on the then-new music video channel MTV. Duran Duran were among the first bands to have their videos shot by professional directors with 35 mm film movie cameras, which gave their videos a much more polished look. In 1984, the band were early innovators with video technology in their live stadium shows.

The group was formed by Nick Rhodes, John Taylor and Stephen Duffy, with the later addition of Roger Taylor and, after numerous personnel changes, Andy Taylor and Simon Le Bon. The group has never disbanded, but the line-up has changed to include guitarist Warren Cuccurullo from 1989 to 2001 and drummer Sterling Campbell from 1989 to 1991. The reunion of the original five members in the early 2000s created a stir among the band’s fans and music media. Andy Taylor left the band in mid-2006, and London guitarist Dom Brown has since been working with the band as a session player and touring member. – Wikipedia