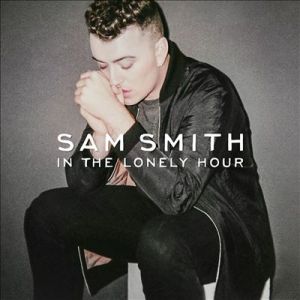 In the Lonely Hour is the debut studio album by British singer-songwriter Sam Smith. It was released in the United Kingdom on May 26, 2014 via Capitol Records. The album includes the singles “Lay Me Down” and “Money on My Mind”. A deluxe edition of the album contains five bonus tracks, which includes a solo acoustic version of Disclosure’s single “Latch” and Naughty Boy’s number-one single “La La La”. The album peaked to number 1 on the UK Albums Chart.

Kelly Brianne Clarkson (born April 24, 1982) is an American pop-rock singer-songwriter. In 2002, she rose to fame after winning the first season of American Idol, and has since been established as “The Original American Idol.” Her debut single, “A Moment Like This”, topped the US Billboard Hot 100 and broke the record for the biggest jump to number one in the chart’s history; it became the best-selling single of the year in the country. She became the runner-up of World Idol the following year.

Clarkson’s debut studio album, Thankful (2003), has been certified 2× platinum and sold over 4.5 million copies internationally. Its lead single, “Miss Independent,” became an international hit, earning Clarkson her first Grammy nomination. She developed a rock-oriented sound with the release of her second album, Breakaway (2004). It has been certified 6× platinum and sold over 15 million copies worldwide, earning Clarkson two Grammy Awards, including one for the hit single “Since U Been Gone.” She later took full creative direction of her third album, My December (2007), which has been certified platinum. Its lead single, “Never Again,” became a top ten hit. Clarkson’s fourth album, All I Ever Wanted (2009), debuted at number one, and became a critical and commercial success. Its worldwide hit single, “My Life Would Suck Without You”, surpassed “A Moment Like This” for the biggest leap to number one on a single week in the history of the Billboard Hot 100 Chart from number 97, a record it still holds today. Her fifth album, Stronger (2011), generated international chart-topping singles, “Mr. Know It All” and “Stronger (What Doesn’t Kill You),” with the latter being the best selling American Idol single to date with over five million copies worldwide, becoming one of the best-selling singles of all time. The album won the Grammy Award for Best Pop Vocal Album, making Clarkson the first and only artist to win the award twice. In 2012, Clarkson released Greatest Hits – Chapter One; its lead single, “Catch My Breath,” became her twenty-fourth entry on the Hot 100 and eleventh million-selling single. Clarkson’s sixth album and first Christmas-themed release, Wrapped in Red (2013), became the best-selling holiday album of the year, making her the first American female artist to achieve this feat. – Wikipedia