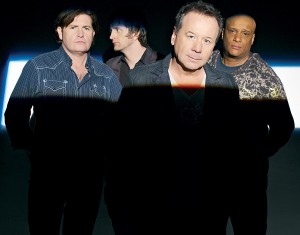 Simple Minds are a Scottish rock band formed in 1977. They achieved commercial success in the early 1980s and, despite various personnel changes, continue to record and tour.

The band scored a string of hit singles, and are best known for their 1985 hit “Don’t You (Forget About Me)” (UK #7, US #1), from the soundtrack of the John Hughes film The Breakfast Club. Their other more prominent hits include “Alive and Kicking” (UK #7, US #3) and “Belfast Child” (UK #1). In 1986, the band was nominated for the Brit Award for Best British Group.