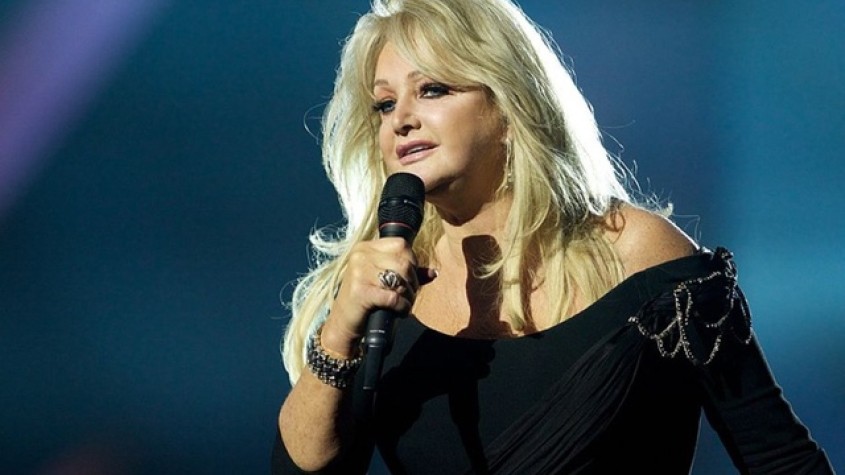 Bonnie Tyler (born Gaynor Hopkins; June 8, 1951) is a Welsh singer, known for her distinctive husky voice.
Tyler came to prominence with the release of her 1977 album The World Starts Tonight and its singles “Lost in France” and “More Than a Lover”. Her 1978 single “It’s a Heartache” reached number four on the UK Singles Chart, and number three on the US Billboard Hot 100.

In the 1980s, Tyler ventured into rock music with songwriter and producer Jim Steinman. He wrote Tyler’s biggest hit “Total Eclipse of the Heart”, the lead single from her 1983 UK chart topping album Faster Than the Speed of Night. Steinman also wrote Tyler’s other major 1980s hit “Holding Out for a Hero”. She had success in mainland Europe during the 1990s with Dieter Bohlen, who wrote and produced her hit “Bitterblue”. In 2003, Tyler re-recorded “Total Eclipse of the Heart” with singer Kareen Antonn. Their bilingual duet topped the French charts.

Rocks and Honey was released in 2013 and features the single “Believe in Me” which she performed representing the United Kingdom at the Eurovision Song Contest 2013 in Malmö, Sweden. Her latest album Between the Earth and the Stars was released on March 15, 2019.

Both “It’s a Heartache” and “Total Eclipse of the Heart” are among the best-selling singles of all time, with sales in excess of six million each. Her work has earned her three Grammy Award nominations and three Brit Award nominations, among other accolades. 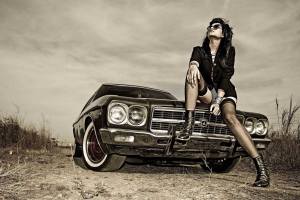 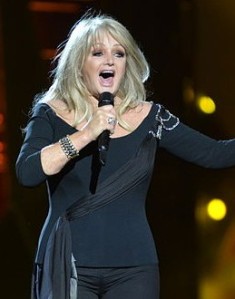 Beginning as a local singer in Swansea, Tyler came to prominence with the release of her 1976 album The World Starts Tonight and its singles “Lost in France” and “More Than a Lover”. Her 1978 single “It’s a Heartache” was a hit on both sides of the Atlantic, reaching number one in several European countries and breaking the American charts. After winning the 10th World Popular Song Festival with 1979 single “Sitting On the Edge of the Ocean”, Tyler converted from country music to rock music. Her career peaked in the 1980s with her Jim Steinman collaboration, releasing international hits “Total Eclipse of the Heart”, “Holding Out for a Hero”, “If You Were a Woman and I Was a Man” and “Here She Comes”.

Tyler’s shift from rock to soft pop in the 1990s led to further success in continental Europe with singles “Bitterblue” and “Fools Lullaby”. With German producer Dieter Bohlen, Tyler had continued success with three albums before releasing in the UK and America again, and her 1995 single “Making Love Out of Nothing at All” narrowly missed the UK Top 40.

Making a comeback in 2004, Tyler released “Si demain… (Turn Around)” with Kareen Antonn, which was a number one in France for ten weeks, selling over 700,000 copies. In recent years Tyler has appeared on several UK TV shows, making a cameo appearance on Hollyoaks Later, toured with Robin Gibb in 2010 and Status Quo in 2012. Her latest album Rocks and Honey has had modest success in Europe, with her latest single “Believe in Me” being used as the UK’s entry for the Eurovision Song Contest 2013.

With a career spanning nearly four decades, she has won three Goldene Europa awards, an Echo Award, and has been nominated for three Brit Awards and three Grammy Awards. Her distinctive husky voice as a result of an operation to remove vocal nodules has had her compared her to artists such as Rod Stewart and Kim Carnes, and in combination with her career success, has led to her being recognised as the “International First Lady of Rock”, with an estimated 20 million records sold in her career.  (Souce: Wikipedia)