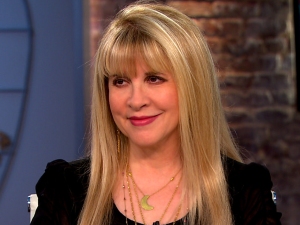 Stephanie Lynn “Stevie” Nicks (born May 26, 1948) is an American singer-songwriter. In 1974, she and partner Lindsey Buckingham joined Fleetwood Mac. The second album after the incorporation of Nicks and Buckingham Rumours (1977) was the best-selling album of that year and is the eighth best-selling album of all time, with sales of over 40 million copies worldwide. It won the Grammy Award for Album of the Year and and produced four US Top 10 singles, with Nicks’ Dreams being the band’s first and only US number one hit. In 1981, Nicks released her debut studio album Bella Donna. It was certified Platinum by the Recording Industry Association of America (RIAA) less than three months after its release and has since been certified quadruple-platinum. Nicks has since produced an additional seven solo albums. 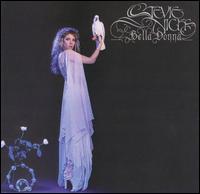 Bella Donna is the debut studio album by American singer-songwriter and Fleetwood Mac vocalist Stevie Nicks. Released on July 27, 1981, the album hit #1 on the U.S. Billboard charts in September of that year with sales of 297,000 copies, remaining there for one week. Bella Donna was awarded Platinum status by the RIAA on October 7, 1981, less than three months after its release, and has since been certified quadruple-platinum.

The album spawned four substantial hit singles during 1981 and 1982: the Tom Petty and the Heartbreakers-penned duet “Stop Draggin’ My Heart Around” (#3), the Don Henley duet “Leather and Lace” (#6), the iconic “Edge of Seventeen” (#11), and country-tinged “After the Glitter Fades” (#32).