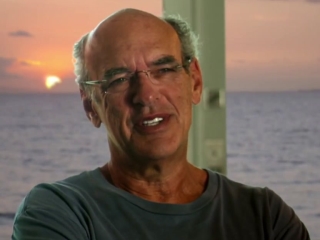 Join Dominic Forbes with a discussion with Sheb Gordon.

Shep E. Gordon (born 1946) is an American talent manager, Hollywood film agent, and producer. Gordon is featured in a 2013 documentary, Supermensch: The Legend of Shep Gordon, which was directed by Mike Myers. He is known for his pleasant personality and friendliness. He has developed a close friendship with the 14th Dalai Lama and accompanied him to a visit at UB in 2006.

Of Jewish descent, Gordon practices Buddhism. Even though he is now a devout Buddhist, Shep continues the tradition of celebrating the Jewish holiday Passover with his cousin, Jesse Shapiro. He obtained his B.A. in 1968 from the State University of New York at Buffalo (UB) in sociology. He then moved to Los Angeles, California.

He first gained connections in Hollywood by meeting Jimi Hendrix, Janis Joplin, and Alice Cooper in 1968. He quickly became Cooper’s agent, and subsequently was able to do work for other celebrities such as Anne Murray, Blondie, Teddy Pendergrass, and the late Luther Vandross. – Wikipedia