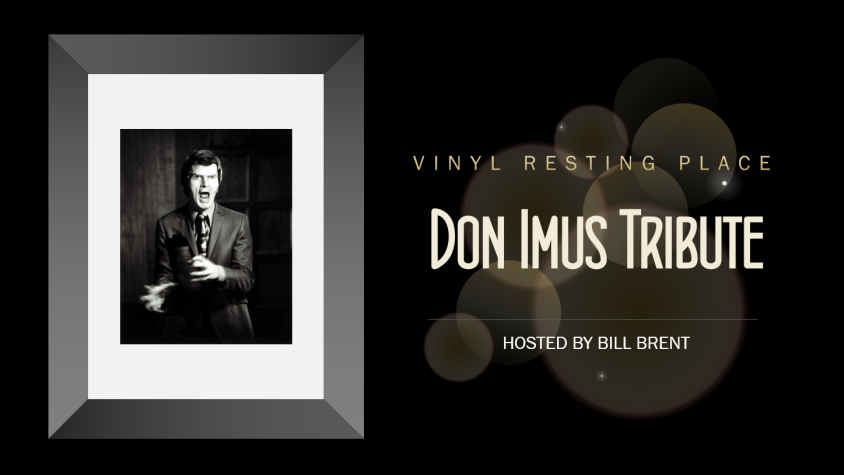 Sunday, December 29, at 9am, and again at 9pm (NYC time) we replay our Imus tribute. Originally aired in March of 2018, we’ve added his farewell comments and a bit of an intro – including an aircheck from his first broadcast in 1968. But it’s basically the show we put together a year and a half ago. I tried to set it up like an original Imus In The Morning show from the early 1970s. All air checks from his first years in NY. Also included are clips from all of his comedy albums.

Where he played records, I’ve left in his intros and exits.

so join us as we relive those thrilling days of yesteryear – 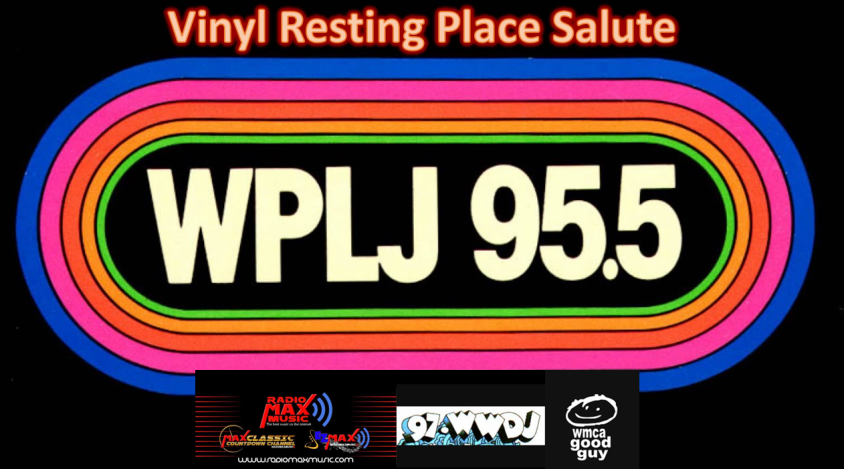 This past week the third NYC rock radio station found the lord, so this Sunday the Vinyl Resting Place pays tribute to WMCA, WWDJ and WPLJ with music and airchecks from all three.

The Rock & Roll history of WWDJ began on Monday, May 17th of 1971 when WJRZ, a country station, became WWDJ – Top 40 – a format that would be it’s cornerstone for the nearly three years of it’s existence. But an AM station with a poor signal just couldn’t compete in a world where music was going to FM (Where there was no static at all) – so with the playing of Suite Judy Blue-Eyes, WWDJ Top40 rode off into radio history and became a religious station on April 1, 1974.

I guess the most famous of the rock turn religious was WMCA A Top 40 outlet featuring a lineup of disc jockeys known as the “Good Guys”. It is credited with having been the first New York radio station to broadcast a recording by the Beatles. In 1960, WMCA began promoting itself by stressing its on-air personalities, the Good Guys. Led by program director Ruth Meyer, the first woman to hold the position in New York City radio, and with pop radio still recovering from the Payola scandal and trying to distance itself from poor old Alan Freed, this was the era of the high-profile Top 40 disc jockey with an exuberant personalities (read that loud and NYC/abrasive). With the advent of the Good Guys format, WMCA became more “on top” of new music and started to become known for “playing the hits”. WABC AM (the amplitude modulated sister station of the future WPLJ) countered with “The All Americans”.

Now this week a third NY rock radio station turns to the lord – WPLJ. In February of 1971, WABC-FM became WPLJ-FM. By this time, the schedule included J.J. Jackson, Tony Pigg and Mike Turner and by August of 1971, the free-form format that had been the hallmark of ABC-FM was history as the station became “Rock In Stereo” with a minimum of talk, and music that comprised only the biggest album hits. Just before the change, the station hired Zacherley from WNEW-FM for nights. Later in the 1970s personalities including Jim Kerr & Pat St. John were on board. The station became WWPR in December of 1987, but in late December of 1988 it switched back to the WPLJ call letters. Kerr would continue in morning drive until the Spring of ’89, but most of the other DJ’s who had been around since the AOR (Album Oriented Rock) days would be gone by 1985. In the 90’s the station rotated between various Adult Contemporary formats. In mid-2007, Disney, which acquired the station when it bought Capital Cities in 1996 (Capital Cities had purchased ABC Broadcasting in 1985), sold the station to Citadel Broadcasting. In the Fall of 2011, Citadel merged with Cumulus Broadcasting and the path toward the end of NYC rock radio was being paved.

So Be with us at 9 (AM or PM) NYC time, This Sunday for a look back at NYC rock and roll radio (before it was saved) == Willie B

We venture into the Vinyl Resting Place archives for a special which aired in February 2010.  Willie B hosted a Valentine’s Day Special.  6pm on RadioMaxMusic. 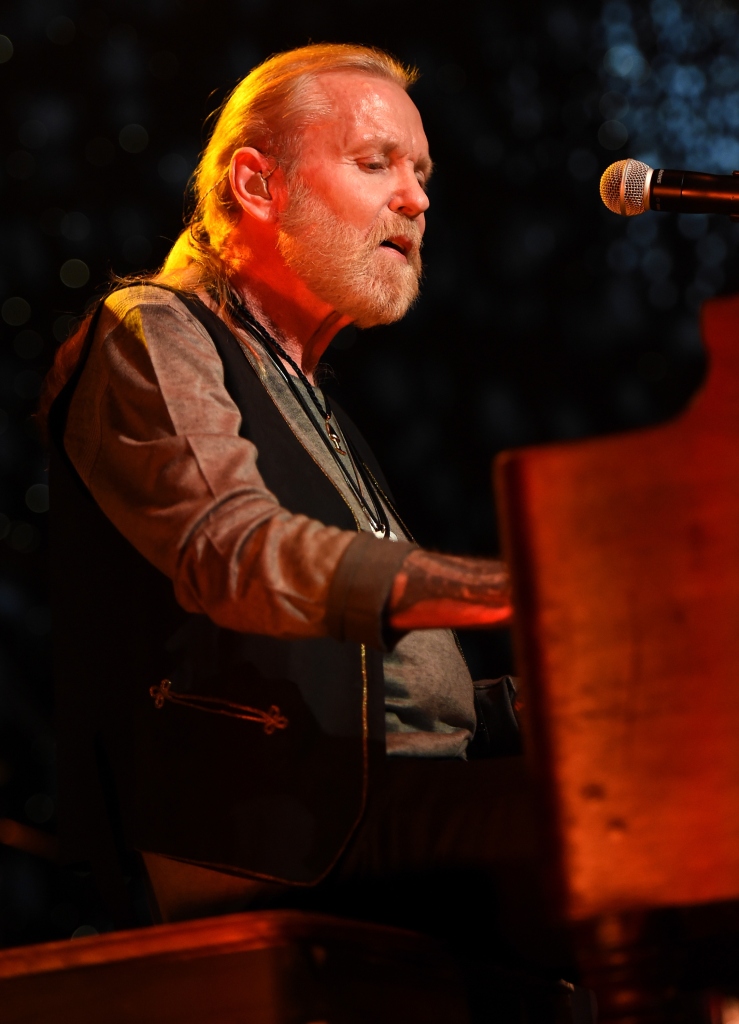 Yes we lost another music legend – this week, and maybe next, we pay tribute to Gregg Allman.

No – we will not be playing cuts from “Two the hard way” – this week we feature “All My Friends” On January 10, 2014, a star-studded tribute concert to Gregg Allman was held at the Fox Theatre in Atlanta. All My Friends is a rousing success. Haynes and Trucks open up the show, then there’s a stretch that showcases the group’s blues and soul roots — Sam Moore and Keb’ Mo’ show up, then Taj Mahal and Dr. John. There’s space made for Americana maverick John Hiatt, ’70s peer Jackson Browne, jam band Widespread Panic, and country stars Trace Adkins, Vince Gill, Zac Brown, and Eric Church before the Allman Brothers Band ties things up with “Dreams” and “Whipping Post.” All My Friends illustrates just how rich Gregg Allman’s contribution to American music is and what we’ll miss.

It happens 9am today on The VInyl Resting Place on RadioMaxMusic and encore at 10pm. 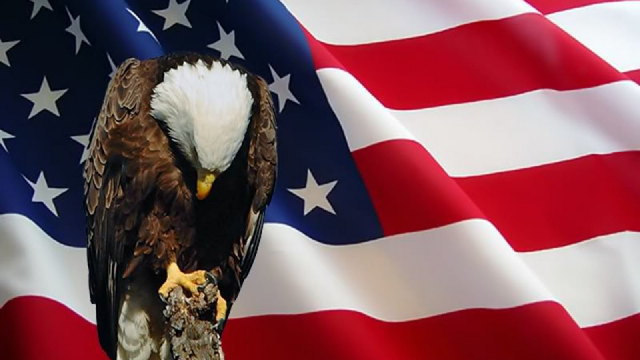 This week on the Vinyl Resting Place, we pay tribute to those who don a uniform of this great country, and risk their lives to make sure we are free.

Today the Vinyl Resting Place will be offering its afternoon in the morning. Couple of weeks back we offered up songs of the morning – today, starting at 9am (with a replay at 10PM) we spin platters that take us from noon to early evening – sound confusing? – It is (I can’t figure it out) – maybe the playlist will help…… Join Willie B on RadioMaxMusic.