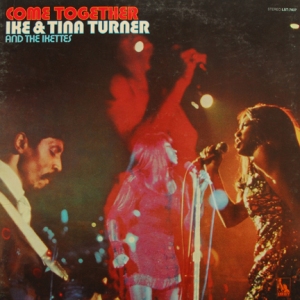 Come Together is a studio album by R&B duo Ike & Tina Turner and their backing vocalists the Ikettes, released on Liberty Records in May 1970.

The track “Evil Man” was originally recorded as “Evil Woman” by the band Crow, more famously remembered for the version Black Sabbath released in January 1970. Ike & Tina Turner’s recording is gender swapped, describing a man rather than a woman.