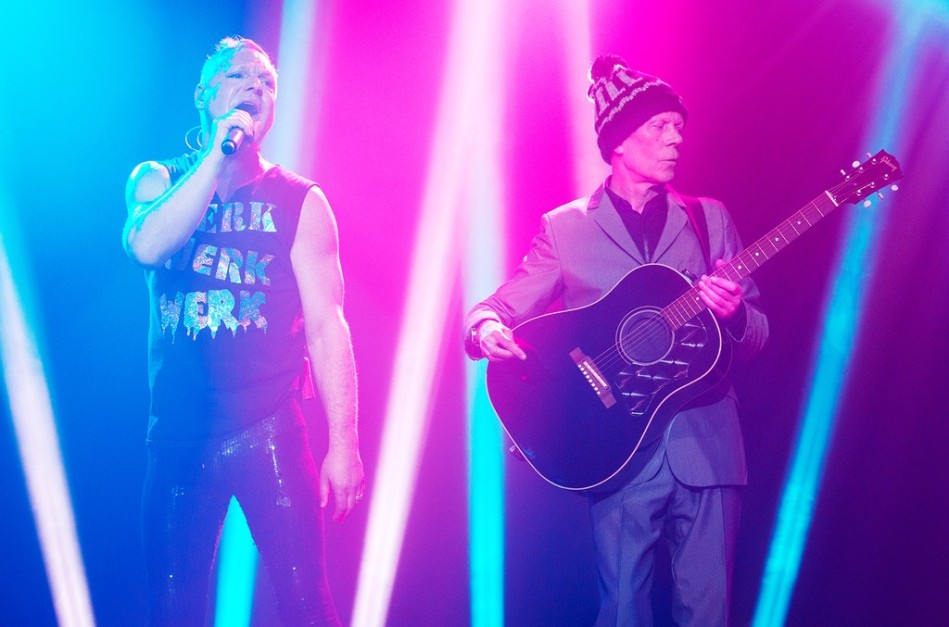 Erasure are an English synth-pop duo, consisting of singer and songwriter Andy Bell and songwriter and keyboardist Vince Clarke. They formed in London in 1985. Their debut single was “Who Needs Love Like That”. From their fourth single, “Sometimes”, the duo established themselves on the UK Singles Chart, becoming one of the most successful artists of the late 1980s to mid-1990s.

The duo is most popular in their native UK and mainland Europe (especially Germany, Denmark, and Sweden) and also in South America (especially Argentina, Brazil, Chile, and Peru).[citation needed] The band is also popular within the LGBT community, for whom the openly gay Bell has become an icon. Erasure have penned over 200 songs and have sold over 25 million albums worldwide.