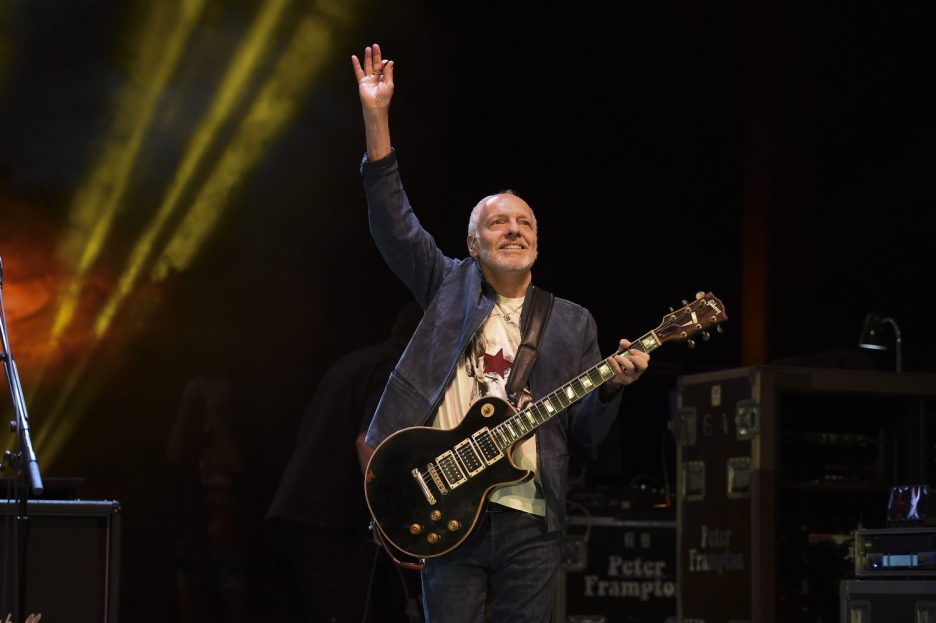 Peter Kenneth Frampton (born April 22, 1950) is an English-American rock musician, singer, songwriter, producer, and guitarist. He was previously associated with the bands Humble Pie and the Herd. After the end of his ‘group’ career, as a solo artist, Frampton released several albums including his international breakthrough album, the live release Frampton Comes Alive!. The album sold more than 8 million copies in the United States and spawned several hit singles. Since then he has released several other albums. He has also worked with Ringo Starr, the Who’s John Entwistle, David Bowie and both Matt Cameron and Mike McCready from Pearl Jam, among others.

Frampton is best known for such hits as “Breaking All the Rules”, “Show Me the Way”, “Baby, I Love Your Way”, “Do You Feel Like We Do”, and “I’m in You”, which remain staples on classic rock radio. He has also appeared as himself in television shows such as The Simpsons, Family Guy, and Madam Secretary. Frampton is known for his work as a guitar player, particularly with a talk box and his voice.

On February2, 2019, Frampton announced he will be retiring from touring with his ‘Peter Frampton Finale—The Farewell Tour’ commencing on June 17, 2019 in Tulsa, Oklahoma, running through October 12 ending in Concord, California at the Concord Pavilion. The tour features special guest Jason Bonham’s Led Zeppelin Evening, as well as Peter’s son Julian Frampton on the West Coast stops. He also revealed the reason for the farewell tour; he’s received a diagnosis that he has inclusion body myositis (IBM), a progressive muscle disorder characterized by muscle inflammation, weakness, and atrophy (wasting). A dollar of every ticket sold for the tour is donated to benefit Frampton’s newly established myositis research fund at Johns Hopkins, where he’s being treated.

In June 2019, his most recent album, All Blues, debuted at number one in the Billboard Top Blues Albums Chart.

In December 2019, Frampton announced his farewell UK tour to consist of five performances in May 2020. In April this UK/EU tour was cancelled “because of the COVID-19 virus”.