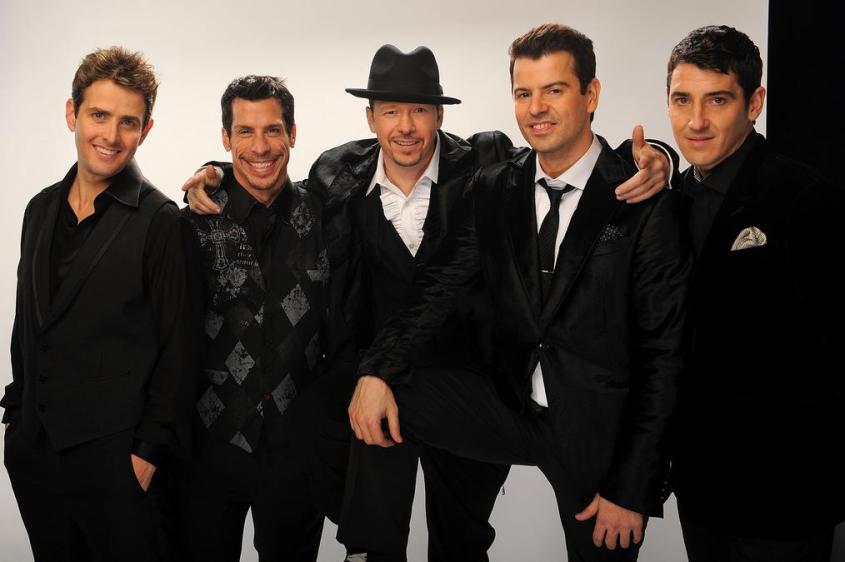 New Kids on the Block (also initialized as NKOTB) is an American boy band from Dorchester, Massachusetts, United States. The band consists of brothers Jordan and Jonathan Knight, Joey McIntyre, Donnie Wahlberg, and Danny Wood. New Kids on the Block enjoyed success in the late 1980s and early 1990s and have sold more than 80 million records worldwide. They won two American Music Awards in 1990 for Favorite Pop/Rock Band, Duo, or Group and Favorite Pop/Rock Album. The group disbanded in 1994, and reunited in 2007.

After secretly reuniting in 2007 and recording a new record, the group released that new album and embarked on a concert tour in 2008. The album, entitled The Block, was released on September 2, 2008. New Kids on the Block was listed as number 16 on Rolling Stone’s Top 25 Teen Idol Breakout Moments.[5] The group was on tour with the Backstreet Boys in 2011–12 as NKOTBSB. This collaboration first performed live together on November 21, 2010 at the American Music Awards on ABC and again on 2011 New Year’s on ABC’s Dick Clark/Ryan Seacrest show. The group received a star on the Hollywood Walk of Fame on October 9, 2014.

They are still touring as of 2019 with their Mixtape Tour.