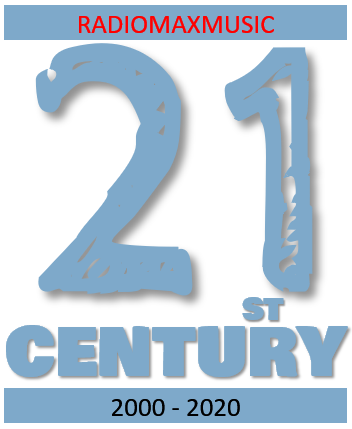 January 9 – Apple Inc. introduces the iTunes media player.
January 12–21 – Rock in Rio 3 is held in Rio de Janeiro, Brazil. Headlining acts consist of Sting, R.E.M., ‘N Sync, Iron Maiden, Neil Young, Red Hot Chili Peppers and a new line-up of Guns N’ Roses.
January 17 – Bass player Jason Newsted leaves Metallica after 14 years with the band.
January 26 – A crowd crush occurs during a set by Limp Bizkit at the Sydney Big Day Out music festival. Jessica Michalik is killed and the band subsequently leaves the country after threats to their safety.
February 1
CFXJ (Flow 93.5), Canada’s first urban music station, goes to air for the first time as a testing signal (its official debut is on March 1.) This is considered a breakthrough for Canadian hip hop and R&B musicians.
Jennifer Lopez becomes first female artist to have both a number one album (J.Lo) and a number one movie (The Wedding Planner) in the same week.
February 6 – Don Felder is fired from the Eagles. Felder sues the band for wrongful termination, and is countersued by Don Henley and Glenn Frey for breach of contract. The suits are settled out of court.
February 13 – Peter Frampton receives the Orville H. Gibson Lifetime Achievement Award.
February 17 – Manic Street Preachers become the first western rock band to play in Cuba. (Fidel Castro is in attendance.) They did not tour however, meaning that the unsigned British rock band Sandstone Veterans are the only band from the western world to tour Cuba.
February 18 – James Taylor weds for the third time, marrying Caroline “Kim” Smedvig, director of public relations and marketing for the Boston Symphony Orchestra.
February 28 – Courtney Love sues to get out of her contract with Vivendi Universal, on the grounds that music industry contracts are unfairly long compared to those in other industries.
March 1 – Collin Raye is awarded the Artist Humanitarian Award from Country Radio Broadcasters. The award was given in recognition of Raye’s work on behalf of a number of different charitable organizations including Childhelp USA, USA Weekend’s Make A Difference Day and the Native American organization Hecel Oyakapi.
March 8 – Melanie Chisholm announces she does not intend to do any more work with the Spice Girls. Although the group denies it is splitting, it would not be active again until 2007.
March 9
Janet Jackson’s single “All for You” breaks several airplay records, becoming the first song to be added to every station in three mainstream radio formats within its first week of release. It was also the highest debut for a single not commercially available in both the United States and France, and the highest debut and largest opening airplay figure on the Radio Songs chart.
Eric Singer replaces Peter Criss as the drummer for Kiss as the band continues its farewell tour in Yokohama, Japan. Singer dons the “Catman” make-up, ending the band’s tradition of creating new make-up and personas for replacement members.
March 14 – The Court of Appeals in Rome finds Michael Jackson “not guilty” of plagiarism, reversing a decision made in 1999 by a lower court. Italian songwriter Albano Carrisi had claimed that Jackson’s “Will You Be There” was a copy of his song “I Cigni Di Balaka.”
March 16 – Sean “Puffy” Combs is acquitted on all charges stemming from a December 1999 nightclub shooting in Manhattan. However, an artist on his Bad Boy Records label, Shyne, is convicted of two counts of assault as well as reckless endangerment and gun possession.
March 24 – John Connolly of Sevendust marries Lori Kirkley.
March 26 – Gorillaz release their first studio album Gorillaz. The album reached number three in the UK, and was an unexpected hit in the US, hitting number 14 and selling over seven million copies worldwide by 2007. It earned the group an entry in the Guinness Book of World Records as the Most Successful Virtual Band.
March 28
Sergei Rachmaninoff’s Piano Concerto No. 2 replaces Max Bruch’s violin concerto at #1 in the Classic FM Hall of Fame.
Two big selling albums : Hikaru Utada’s Distance and Ayumi Hamasaki’s A Best are released on exactly the same date. Their debut week sales are 3,002,720 and 2,874,870, respectively, setting the world’s #1 and #2 one-week album sales records.[6]
March 31 – Couple Whitney Houston and Bobby Brown were thrown out and banned for life from Hollywood’s Bel Air Hotel and arrested and jailed after destroying their room. Property that was allegedly damaged included a TV and two doors. According to hotel workers, the walls and carpets were also stained by alcohol. The hotel closed down the room for five days for repairs.
April–May
April 3 – Mariah Carey signs a blockbuster contract with Virgin Records, worth $80 million for four albums.
April 4 – Original Zombies lead singer Colin Blunstone and keyboardist Rod Argent reunite for a two-part performance at London’s Jazz Cafe, the first time the two had performed together in over 30 years.
April 14 – Janet Jackson’s “All for You” reaches number one on the Billboard Hot 100 and remains atop the chart for seven non-consecutive weeks. It becomes the longest reigning hit of the year.
April 15 – The Dutch DJ Tiësto releases his first solo album, In My Memory, on Black Hole Recordings.
April 21 – The first Top Chinese Music Awards ceremony is held.
April 24 – Janet Jackson releases her seventh studio album, All for You. It becomes her fifth consecutive album to open at number one, with sales exceeding 600,000 copies. It receives three Grammy Award nominations, winning for Best Dance Recording.
May 1
Huey Lewis and the News makes a comeback with their album Plan B, their first album of new material in a decade.
The 4th EJCF is held in Basel. The next time was in 2004.
May 12 – Joey Fatone of ‘N Sync injures his leg in a trap door during rehearsals for the new tour.
May 15 – Charley Pride’s A Tribute to Jim Reeves is the first compact disc to have copy protection, ’80s band The Go Go’s release their first album in 17 years: God Bless The Go Go’s
May 22 – Mötley Crüe publishes their collective autobiography The Dirt.