January 1
In New York City, United States, at precisely midnight, Prince celebrates the new millennium by playing his anthemic “1999”, in what he vows is the song’s finale.
British composer John Tavener is knighted in the New Year’s Honours List.
January 11
Gary Glitter is released from jail, two months before his sentence for sexual offences ends.
Sharon Osbourne quits as manager of Smashing Pumpkins after only three months. In a brash press release she announces she had to resign “for medical reasons: Billy Corgan was making me sick.”
Singer Whitney Houston is caught with 15.2 grams of marijuana in her bag at a Hawaii airport. She boards her flight to San Francisco before police can arrive to arrest her.
January 14 – Rolling Stone reveals that the two children of Melissa Etheridge and her partner, Julie Cypher, were fathered by David Crosby.
January 18 – Spencer Goodman is executed by lethal injection in Huntsville, Texas, for the 1991 kidnap and murder of the wife of ZZ Top manager Bill Ham in 1991. Ham is present at the execution.
February

February 9 – The Million Dollar Hotel, a film co-written by U2 lead singer Bono, premieres at the 50th Berlinale (Berlin International Film Festival).
February 11 – Diana Ross divorces Arne Næss, Jr. her husband of 14 years.
February 16 – The Silver Tassie, an opera by Mark-Anthony Turnage, receives its première at the London Coliseum, performed by the English National Opera.
February 23 – At the 42nd Annual Grammy Awards, Santana wins a record 8 Grammys in one night tying Michael Jackson who won 8 in 1984. Christina Aguilera won Best New Artist.
February 24 – Italian motorcycle manufacturing company Aprilia wins a lawsuit filed against the Spice Girls over a sponsorship deal that fell apart when Geri Halliwell left the group.
March
March 6 – Foxy Brown is injured in a car accident in Brooklyn, New York, in which her car hit a fence. Police discover that Brown was driving with a suspended driver license and order her to appear in court in April. Brown’s license was suspended for failing to appear in court for a parking violation.
March 11 – 311 holds their first 3–11 Day concert at Tower Records in the French Quarter of New Orleans.
March 13 – Blink-182 end their European tour early after guitarist/vocalist Tom DeLonge and drummer Travis Barker succumb to strep throat.
March 21 – NSYNC rises to superstardom after the fast-paced sales of their second studio album No Strings Attached
March 24 – After violating a prior probation agreement by getting drunk, Ol’ Dirty Bastard is ordered to undergo a 90-day diagnostic evaluation at the California Institute For Men in Chino, California.
April 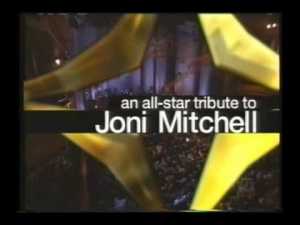 April 1 – Ted Nugent angers Hispanic groups in Texas after onstage remarks he makes during a concert at the Cynthia Woods Mitchell Pavilion, in which he says that those who did not speak English should get out of America. He is banned from the venue as a result.[3]
April 4 – Mick Jagger attends the opening of an arts center named after him at Dartford Grammar School in southeast England.
April 6 – Shawn Colvin, James Taylor, Cyndi Lauper, Richard Thompson, Sweet Honey, Elton John, Cassandra Wilson, Wynonna Judd, k.d. lang, Bryan Adams, and Mary Chapin Carpenter perform in New York as part of a tribute to Joni Mitchell.
April 12 – Metallica files a lawsuit against the peer-to-peer service Napster, as well as Yale University, University of Southern California and Indiana University for copyright infringement. Yale and Indiana are later dropped from the suit when they block access to Napster on campus computers.