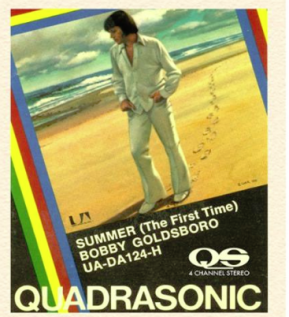 Bobby Goldsboro (born January 18, 1941) is an American pop and country singer-songwriter. He had a string of pop and country hits in the 1960s and 1970s, including his signature No. 1 hit “Honey”, which sold over one million copies in the United States.

“Summer (the first time)”, a 1973 reminiscence about a 17-year-old boy’s first sexual experience with a 31-year-old woman, was a Top 25 hit in the U.S. and reached number 9 in the UK. Using a repeating piano riff, 12-string guitar, and an orchestral string arrangement, the song was suggestive enough to spark some controversy. A follow-up, “Hello Summertime”, was written by Roger Cook and Roger Greenaway and hit No. 14 in the UK in September 1974.

Poco is an American country rock band originally formed by Richie Furay, Jim Messina and Rusty Young. Formed following the demise of Buffalo Springfield in 1968, Poco was part of the first wave of the West Coast country rock genre. The title of their first album, Pickin’ Up the Pieces, is a reference to the break-up of Buffalo Springfield. Throughout the years Poco has performed in various groupings, and is still active.

Crazy Eyes is the fifth studio album (and sixth album overall) released by the American country rock band Poco. Released in 1973, Crazy Eyes was the album with which founding member Richie Furay ended his original tenure with the group.