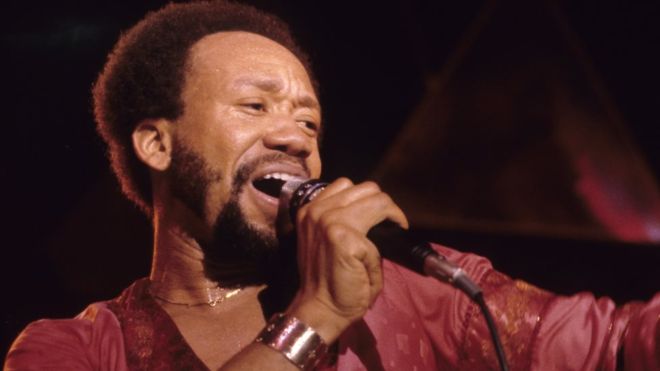 Maurice “Moe” White (December 19, 1941 – February 4, 2016) was an American singer-songwriter, musician, record producer, arranger and bandleader. He was the founder of the band Earth, Wind & Fire. He was also the older brother of current Earth, Wind & Fire member Verdine White, and former member Fred White. He served as the band’s main songwriter and record producer, and was co-lead singer along with Philip Bailey.

Also known by his nickname “Reece”, he worked with several famous recording artists, including Deniece Williams, the Emotions, Barbra Streisand and Neil Diamond. White was diagnosed with Parkinson’s disease in the late 1980s, which led him eventually to stop touring with Earth, Wind & Fire in 1994. He retained executive control of the band, and remained active in the music business. – Wikipedia

The founder of soul group Earth, Wind & Fire, Maurice White, has died in the US, his brother has said. White, 74, died in his sleep in Los Angeles on Thursday morning. He suffered from Parkinson’s Disease. His band had a series of hits including September, Boogie Wonderland, Shining Star and After the Love has Gone. The singer-songwriter was diagnosed with Parkinson’s in 1992 but his condition was reported to have got worse in recent months.