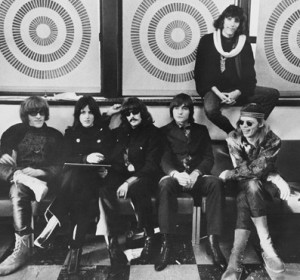 Jefferson Airplane was an American rock band formed in San Francisco, California, in 1965. A pioneer of counterculture-era psychedelic rock, the group was the first band from the San Francisco scene to achieve international mainstream success. They performed at the three most famous American rock festivals of the 1960s—Monterey (1967), Woodstock (1969) and Altamont (1969)—as well as headlined the first Isle of Wight Festival (1968). Their 1967 record Surrealistic Pillow is regarded as one of the key recordings of the “Summer of Love”. The album was reported by 1967 to have sold over one and a half million copies, and was awarded a gold disc by the RIAA. Two hits from that album, “Somebody to Love” and “White Rabbit”, are among Rolling Stone’s “500 Greatest Songs of All Time”.

The membership of Jefferson Airplane remained stable from 1967 to early 1970. During that period, they enjoyed success as “album” artists. Between 1967 and 1972 they scored a run of eight consecutive Top 20 albums in the USA, with both Surrealistic Pillow and Crown of Creation making the Top 10. Despite a lack of top ten singles following their initial success, many of their singles still managed to make minor chart positions in the singles chart due in part to the growing influence of FM radio, which played many rock songs that AM radio did not. The group broke up in 1972, and essentially split into the two bands Hot Tuna and Jefferson Starship. Jefferson Airplane was inducted into the Rock and Roll Hall of Fame in 1996. 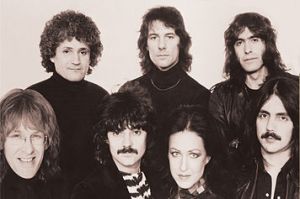 Jefferson Starship is an American rock band formed in the early 1970s by several members of the former psychedelic rock group Jefferson Airplane. The band has undergone several major changes in personnel and genres through the years while retaining the same Jefferson Starship name. The current Jefferson Starship, led by co-founder Paul Kantner, more closely resembles its original mix of psychedelic and electric folk music than the pop-driven tunes it was widely known for in the early to mid-1980s. It is not to be confused with Starship, a spin-off of the group featuring former co-lead singer Mickey Thomas that also periodically tours. The latter group is most frequently identified with the 1980s pop tunes of Jefferson Starship.

Starship is an American rock band established in 1985. Although a continuation of Jefferson Starship, its change in musical direction, loss of key Jefferson Starship personnel, and name change sparked a new identity. – Wikipedia