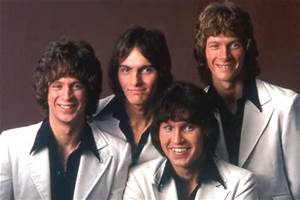 The Raspberries were an American power pop/pop rock band formed in 1970 from Cleveland, Ohio. They had a run of success in the early 1970s music scene with their pop sound, which Allmusic later described as featuring “exquisitely crafted melodies and achingly gorgeous harmonies.” The members were known for their clean-cut public image, with short-hair and matching suits, which brought them teenybopper attention as well as scorn from some mainstream media outlets as “uncool”. The group drew influence from the British Invasion era—especially The Beatles, The Who, The Hollies, and Small Faces—and its mod sensibility. In both the U.S. and the UK, the Raspberries helped pioneer the power pop music style that took off after the group disbanded. They also have a following among professional musicians such as Jack Bruce, Ringo Starr, and Courtney Love. 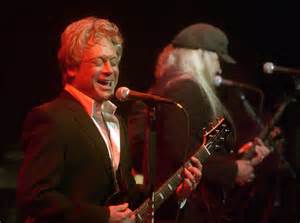 Eric Howard Carmen (born August 11, 1949) is an American singer, songwriter, guitarist and keyboardist. He scored numerous hit songs across the 1970s and 1980s, first as a member of the Raspberries (who had a million-selling single with “Go All The Way”), and then with his solo career, including hits such as “All By Myself”, “Never Gonna Fall in Love Again”, “She Did It”, “Hungry Eyes”, and “Make Me Lose Control”. – Wikipedia