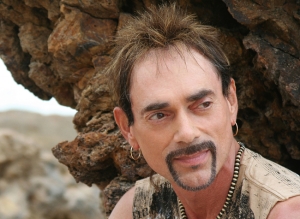 This week on Rock Talk, Dominic Forbes chats with Andy Fraser from archive in 2013.  Fraser recently passed away – see article reprint below.

(FoxNews.Com – March 16, 2015) Andy Fraser, who co-wrote the rousing rock anthem “All Right Now” when he was the teenage bassist for the British rock band Free, has died in California at age 62.

Fraser had been living in the Southern California desert community of Temecula, where he died Monday, the Riverside County coroner said in a statement. The cause of death is not yet known and remains under investigation.

Fraser’s daughter Hannah sent a lengthy statement to FOX411 about her father’s passing on behalf of herself, her sister Jasmine, and her mother Ri. Here it is in full:

I’m so shocked and heartbroken by the loss of our amazing father Andy, who was a true force of nature. His endless passion for music has been an inspiration to the world for over half a decade. Using his creative talents to bring positive change to the world with a fearless commitment to honesty and justice has been a pivotal example for my life. He worked tirelessly on humanitarian projects such as Rock Against Trafficking, Gay Rights Issues, The Occupy Movement, Eco-activism, and he was producing a documentary on Ocean Conservation with me.

Andy never did things by halves. He was a mover and a shaker, and had unfathomable depths of optimism, even when faced with the biggest challenges. He saw everything as an opportunity to make a difference, turning issues into art and uncovering layers of himself to share bravely with the world.

His wicked sense of humor always had me in stitches with his unexpected and often naughty wit.

He was a man of few words, but he always knew how to sum up a situation insightfully, and straight to the point. The last time I saw him he was in his element, rocking out onstage to benefit humanity. I am so proud of him, his bravery, intensity, philanthropy and talent will have people singing his praises for years to come. Andy was a survivor who overcame some of the most challenging health issues in his life, and yet he left this earth healthy, happy and full of plans to make this world a better place for us all. It’s alright now, and he’s finally free.

At age 15, the London-born Fraser briefly became a member of John Mayall & the Bluesbreakers. The group functioned as a training ground for young British rockers including Eric Clapton and Rolling Stones guitarist Mick Taylor.

Within a year, Fraser became a founding member of Free. The band’s most prominent member was singer and guitarist Paul Rodgers, who would also go on to front Bad Company and The Firm.

The band’s biggest hit by far was 1970’s “All Right Now,” which remains one of the defining hits of classic rock radio. Fraser also produced the track and plays a bass solo on it.

The song is also a staple of football stadiums. The Stanford University and University of Southern California marching bands each play it at virtually every game.

Fraser kept playing music for most of his life, but he would never equal the success he had as a teen with Free, which broke up in 1972.

He and Rodgers took the stage together to play “All Right Now” at Woodstock ’94, the reboot of the classic music festival.