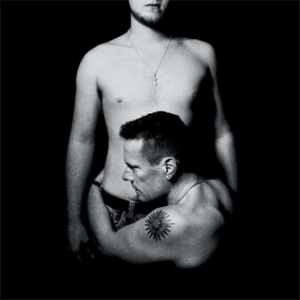 Songs of Innocence is the thirteenth studio album by Irish rock band U2. Released on 9 September 2014, it was produced by Danger Mouse, with additional production from Paul Epworth, Ryan Tedder, Declan Gaffney and Flood. The album was announced at an Apple Inc. product launch event and released the same day to all iTunes Store customers at no cost. It will be exclusive to iTunes, iTunes Radio, and Beats Music until 13 October 2014, when it will receive a physical release by Island Records. The digital release made the record available to over 500 million iTunes customers, for what Apple CEO Tim Cook marketed as “the largest album release of all time”.

Songs of Innocence was U2’s first album since No Line on the Horizon (2009), marking the longest gap between studio albums of their career. After the latter’s relatively lukewarm commercial performance, lead singer Bono expressed uncertainty over how the band could remain musically relevant. During the album’s five-and-a-half-year gestation period, they reportedly worked on three separate projects with multiple producers, including an aborted companion to their previous record called Songs of Ascent. However, they struggled to complete an album to their satisfaction and continually delayed a release. After working with Danger Mouse for two years, the group collaborated with Flood, Epworth, and Tedder to complete the record. Thematically, it revisits the group members’ youth in Ireland, paying tribute to musical inspirations Ramones and the Clash, while touching on childhood experiences, loves and regrets. Bono described it as “the most personal album we’ve written”.

The album’s lead single, “The Miracle (of Joey Ramone)”, is featured in an Apple television advert as part of a promotional campaign for the band on which the company is reportedly spending $100 million. According to Apple, approximately 81 million users listened to the album in its first month of release, 26 million of whom downloaded the entire record. Songs of Innocence received positive reviews, although some critics and consumers were critical of the digital release strategy, which involved adding the album to iCloud for iTunes users’ to ignore, stream or download. – Wikipedia